Fall? Clark Lakers Don’t Give Up

Fall doesn’t dissuade Clark Lakers from taking to the water as you will see.  In the morning, the Morea’s took this peaceful paddle on the lake. 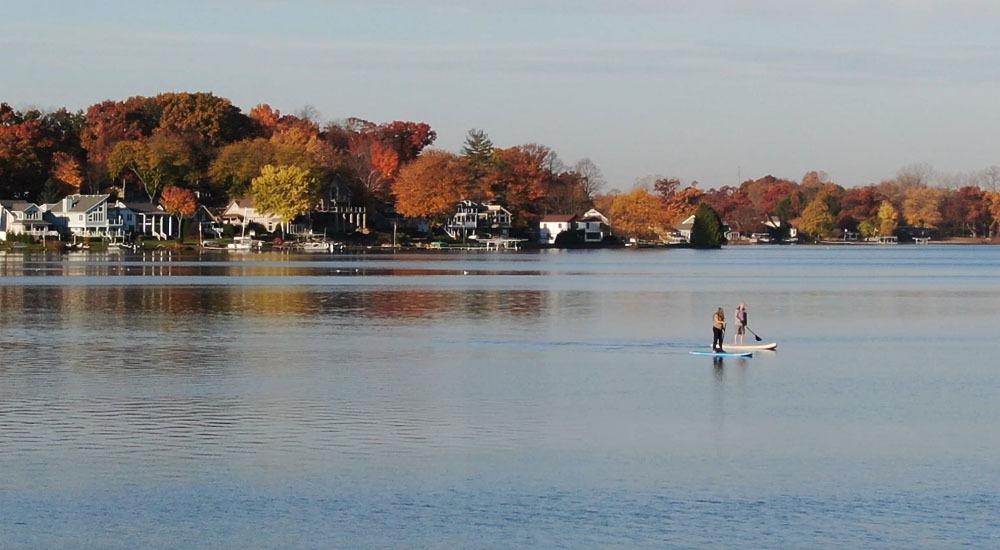 This evening, four Hobies came out to play, as seen on the Clark Lake’s DamCam.  Steven Craig Middlebrook comments:  “The three Hobie 14s were three of us from CLYC and the Hobie 16 was a lake resident that came out and sailed with us for a while. What a beautiful evening.”

The evening sky was slate grey, so the Hobies appeared all the more striking.