The Day After the Big Snow

If variety is the spice of life, Clark Lake weather won a variety award over the last 48-hours.

What a difference a day makes.  Sunday brought 14 inches of snow (measured by Brian Fish).  During the storm, it was impossible to see across the lake.  Then this morning (Monday), everything changed.  The temperature plummeted into the single digits and the skies cleared.  As the sun rose higher, Clark Lake sparkled like the jewel we know it to be.

The sights around the lake were impressive.  Ann Swain captured some of it this morning (click to see her photos). Very early, she caught the sunrise illuminating the wind-sculptured snow at the west end, near the Township Park.  As the sun rose in the sky, Clark Lake beckoned people to leave the warmth of their houses to investigate.  Nature’s display inspired Sally Lyons and Elise Fish, at separate locations, to make good use of their cameras.

With most activity ground to a halt, Elise and Brian Fish strapped on skis and took advantage of the time-out to enjoy Clark Lake’s east end beauty.  (Photos: Elise Fish–click or tap a photo to enlarge; repeat, to reduce) 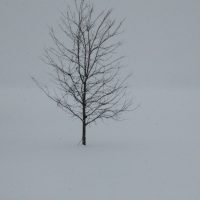 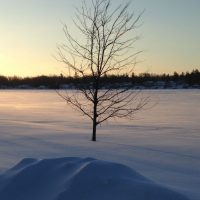 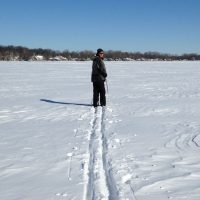 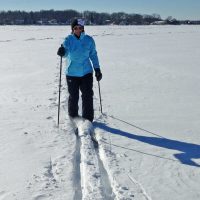 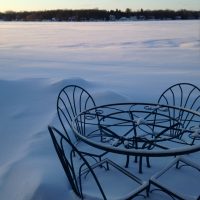 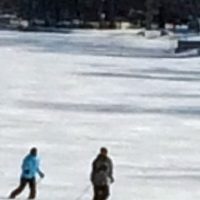 On a day like today, it’s hard to settle on favorite Clark Lake locations–there are so many!  Sally Lyons found her favorite spots. Can you identify them? Photos: Sally Lyons 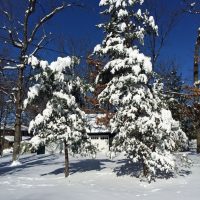 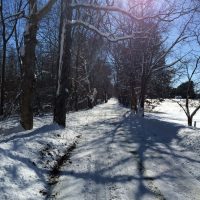 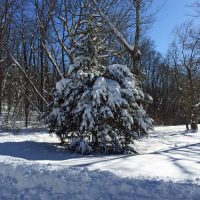