County Park on the Ballot

August 7th, residents will be asked to vote on a property tax increase to support Jackson County parks, including the park at the east end of Clark Lake.  In this 90 second video below, you’ll hear Parks Director Jeff Hovarter explain why he believes this request is important.

There are 17 parks in Jackson County, and 12 of them have shorelines on lakes. Improving the parks would make the lakes more available to people who otherwise would not find them accessible.

The property tax amounts to 0.5 mils.  The annual cost to a property valued at $100,000 would be $25 per year. That would generate $2,180,000 annually (see information prepared by the Parks Department below).  It’s expected that the revenue would exceed needs in the first few years, according to Jeff Hovarter. The excess revenue would be invested and draw interest in anticipation of inflation that would drive up park expenses as the 20 year plan proceeded.

If the millage doesn’t pass, it could mean that some parks could be scaled back or shuttered.  Or townships could be asked to take over responsibility. Clark Lake’s park would likely remain open. 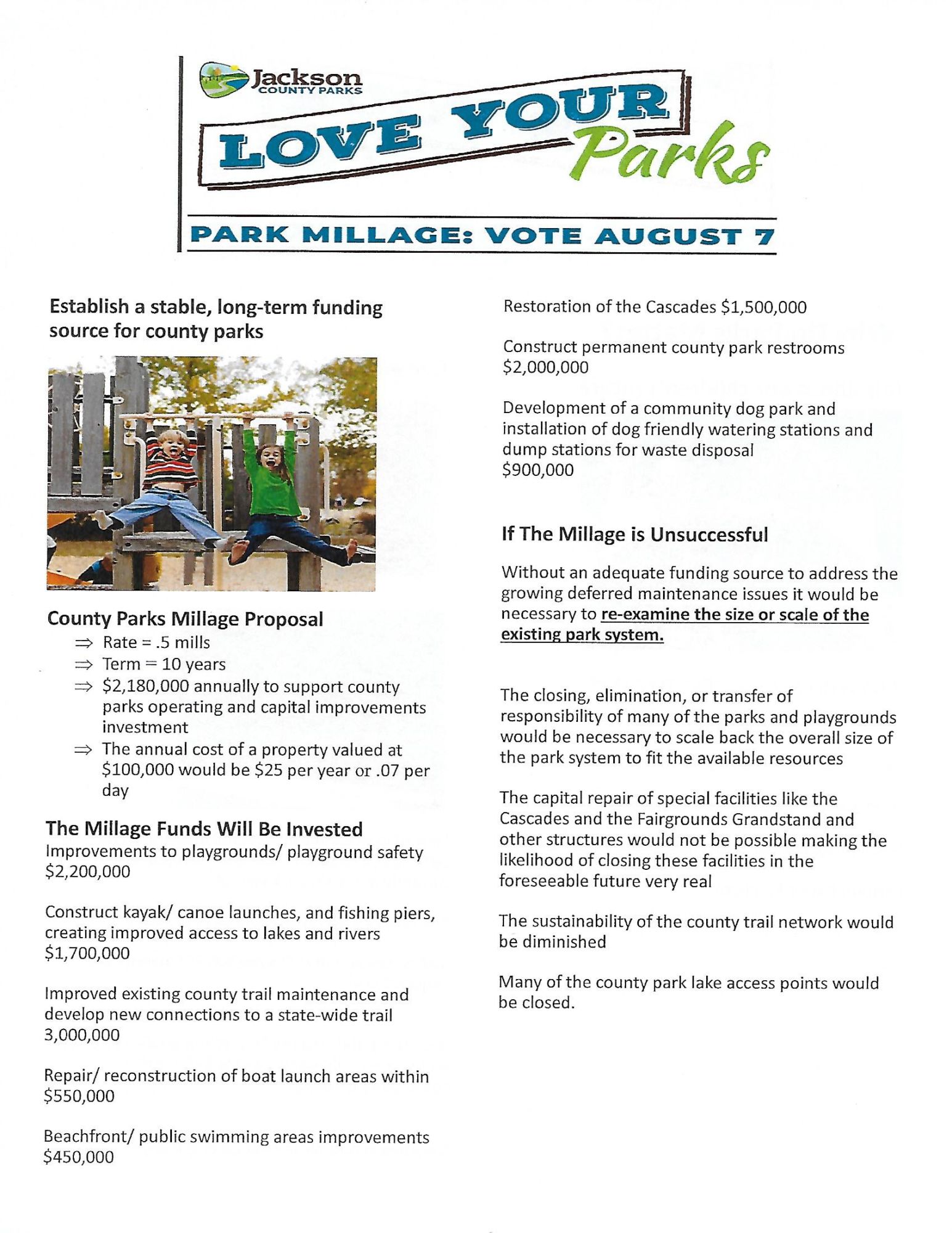