It was a special day at Clark Lake, and awesome in every respect.  At 1 pm, it was sunny and 77degrees.  A group of Clark Lake well-wishers gathered under the trees along the Spirit Trail on North Lake Road.  The occasion honored Annette Fink, who designed and crafted the Welcome to Clark Lake sign.

Annette knew there would be a group congratulating her.  What she did not know was that a State Proclamation would be presented to her by the Senator Mike Shirkey, State Majority Leader, and Sarah Lightner, State Representative.

Before introducing Senator Shirkey, Tucker Boyers retold a story Clark Lakers love to hear–how the Spirit Trail was born and grew into maturity, how Clark Lakers past and present made that happen, and how so many around the lake support the Trail whether officially involved or not.  Tucker also explained how the concept of the Sign came to be.  Construction of the Spirit Trail came with a price tag.  Those who donated $1000 were recognized by having their name imprinted in the Trail’s concrete along Jefferson Road.  But weather and time wore away the names. In a flash of genius, the Trail Committee came up with the idea of the Sign as a replacement.  Bronze plaques with the names of donors on the Trail side, and something else on the road side.  But what would be the “something else?” That something else became the Welcome to Clark Lake Sign.  Annette Fink brought the idea to life with the sheer drama of colorful high-fired clay, in what you see today.

As Clark Lakers learned more about the Sign, additional families and businesses wanted to join in.   Today their names can be found on the Sign, along with the names of original donors.  Email ClarkLakeSpirit@gmail.com to find out what the future possibilities are. 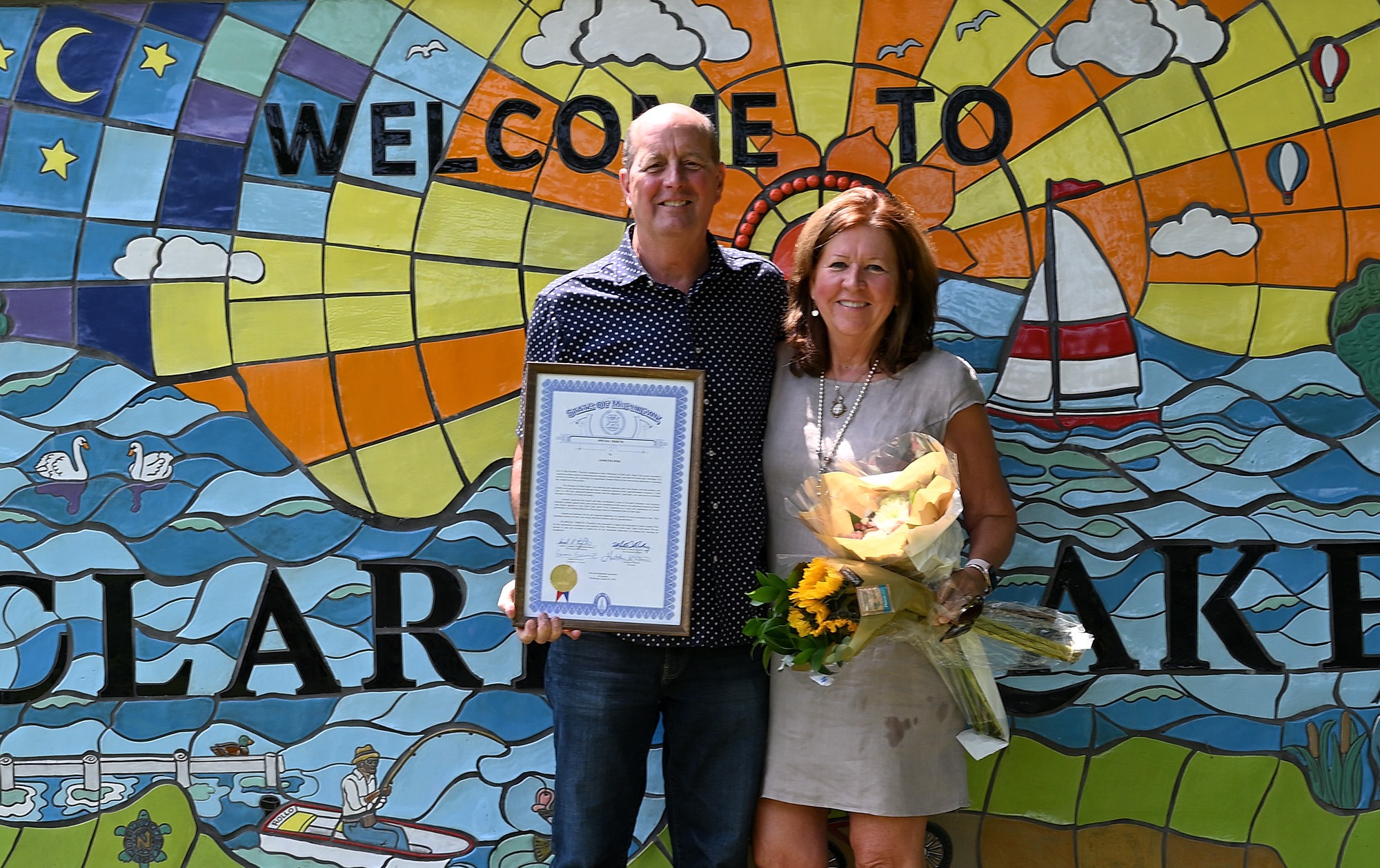 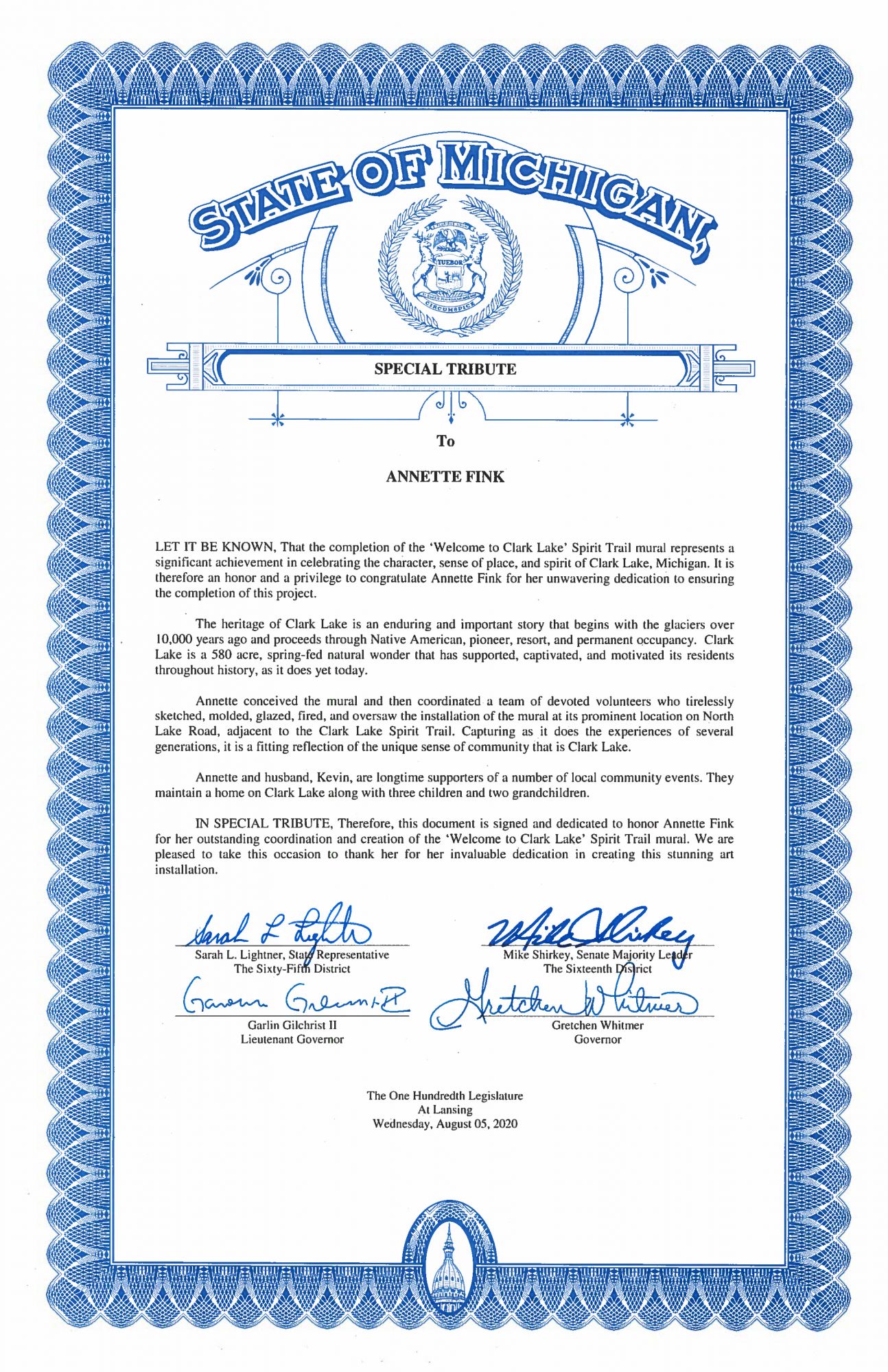 Events like these don’t happen on their own.  Special thanks are due the organizers, Joe Collins and Tucker Boyers, who spent many hours making arrangements and connecting the dots.

So, it was Clark Lake at its special best–perfect weather, wonderful group, and an awesome reason to gather.  Congratulations, Annette!