It wouldn’t be a surprise if some furnaces at Clark Lake cottages popped on during the night.  Recent weather has been cool.  The June average high is 79, and low, 56.  But was it cold enough to cause a dusting of this along Hayes Drive? 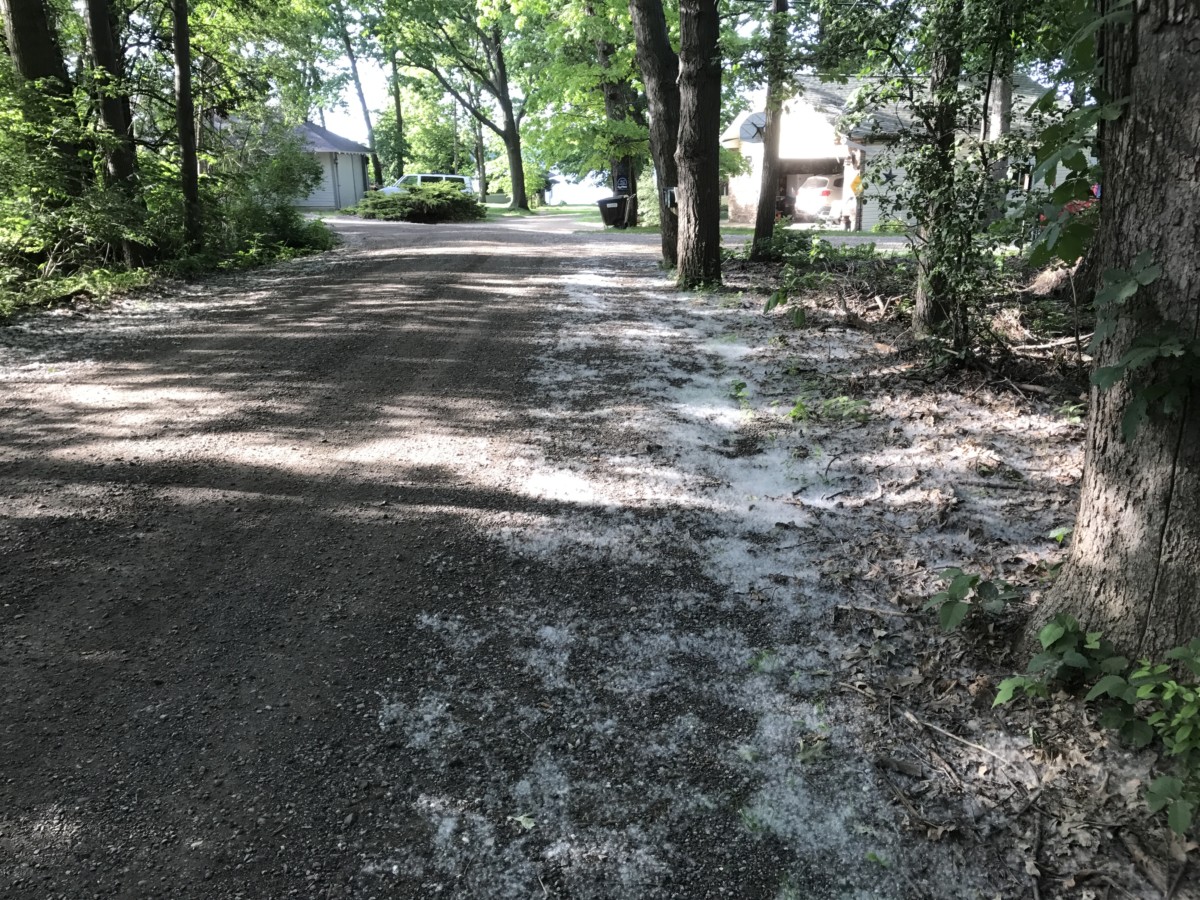 Even though it looks suspiciously like snow, it is the likely production of cottonwood trees.  The Mother Nature Network website comments “these trees grow very tall and have large leaves, although their most noticeable aspect is their cotton-like seeds during the summer. These often accumulate on the ground under the trees, and in places where there are large volumes of cottonwood trees, it can almost look like there is snow on the ground.”

And then there are those wormy things descending from oak trees.  The SF Gate website says they are catkins “that drape gracefully from the ends of their branches. If your tree is shedding stringy stuff in spring, it might be engaging in its annual flowering where the long male catkins let loose pounds of yellow pollen and then fall from the tree as new leaves push them out.”

Oak trees aren’t alone in producing catkins.  If you have a hickory tree nearby, you are well aware of this.

According to Wikipedia, these catkins are the hickory tree’s version of a flower.  At Clark Lake, they arrived after the Oak catkins made their appearance.

If raking catkins seems like a chore, nature’s splendor around the lake makes up for it.  Recently this website told the story of the Garden Angels.

Others around the lake enhance natural beauty as well.  The triangle at Hyde and North Lake Roads, manicured by Dr. Lynn VanWagnen is an example. 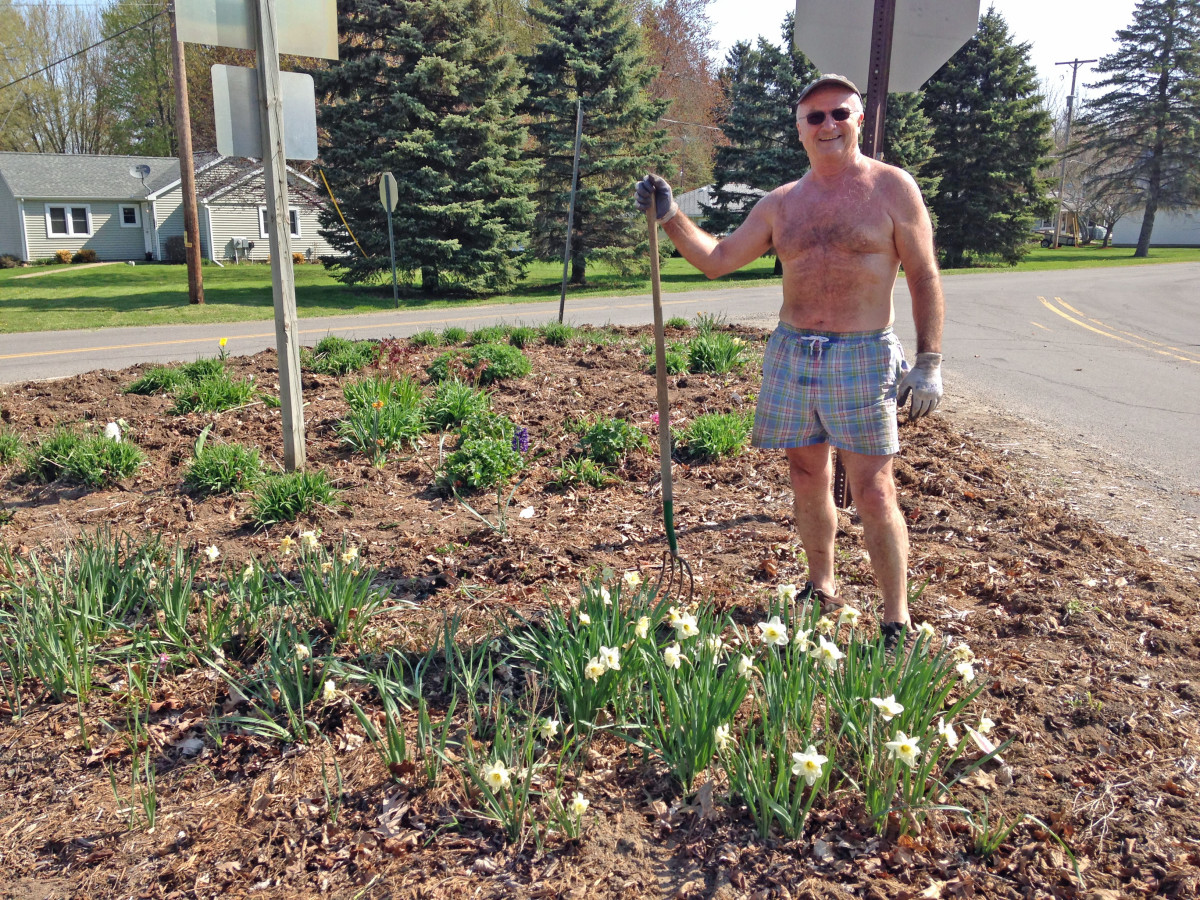 You don’t have to look far to find other displays.  This spring these locations along the Spirit Trail were putting on a show of their own.