Today’s weather shift has resulted in some changes at the Lake. The temperature is still 35–the last gasp of the January thaw, but 15-mph winds came up from the south-southwest last night and continue today from the west. The lake is now open on both sides of the Eagle Point and, and extends along the north shore from Kentucky Point eastwards. Most of the west side of the Lake is still covered, as is the cove behind Eagle Point, but as the pictures show, some small amounts of ice have piled up at various points along the north shore.

This photo shows the open water from the west side of Eagle Point, looking north. 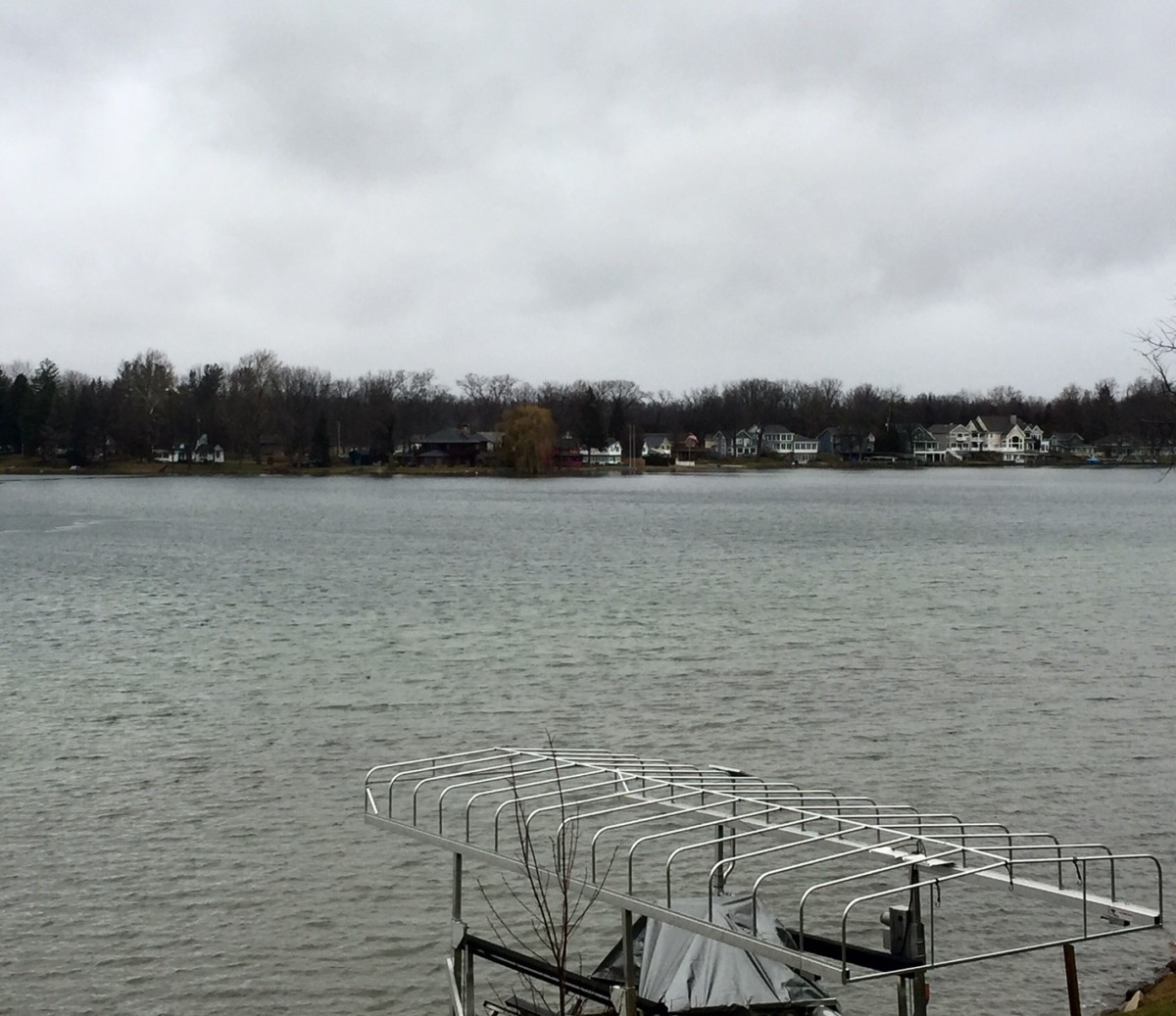 What’s ahead?  Since the forecast for the next two weeks calls for temperatures below freezing with many nights in the low-to-mid teens, it is probable the lake will re-freeze, and we might even get back to some ice fishing in February.  For an updated and extended outlook, see the main page of this website.

This photo shows the view looking west southwest from Eagle Point, with ice still formed about 100-feet from shore. 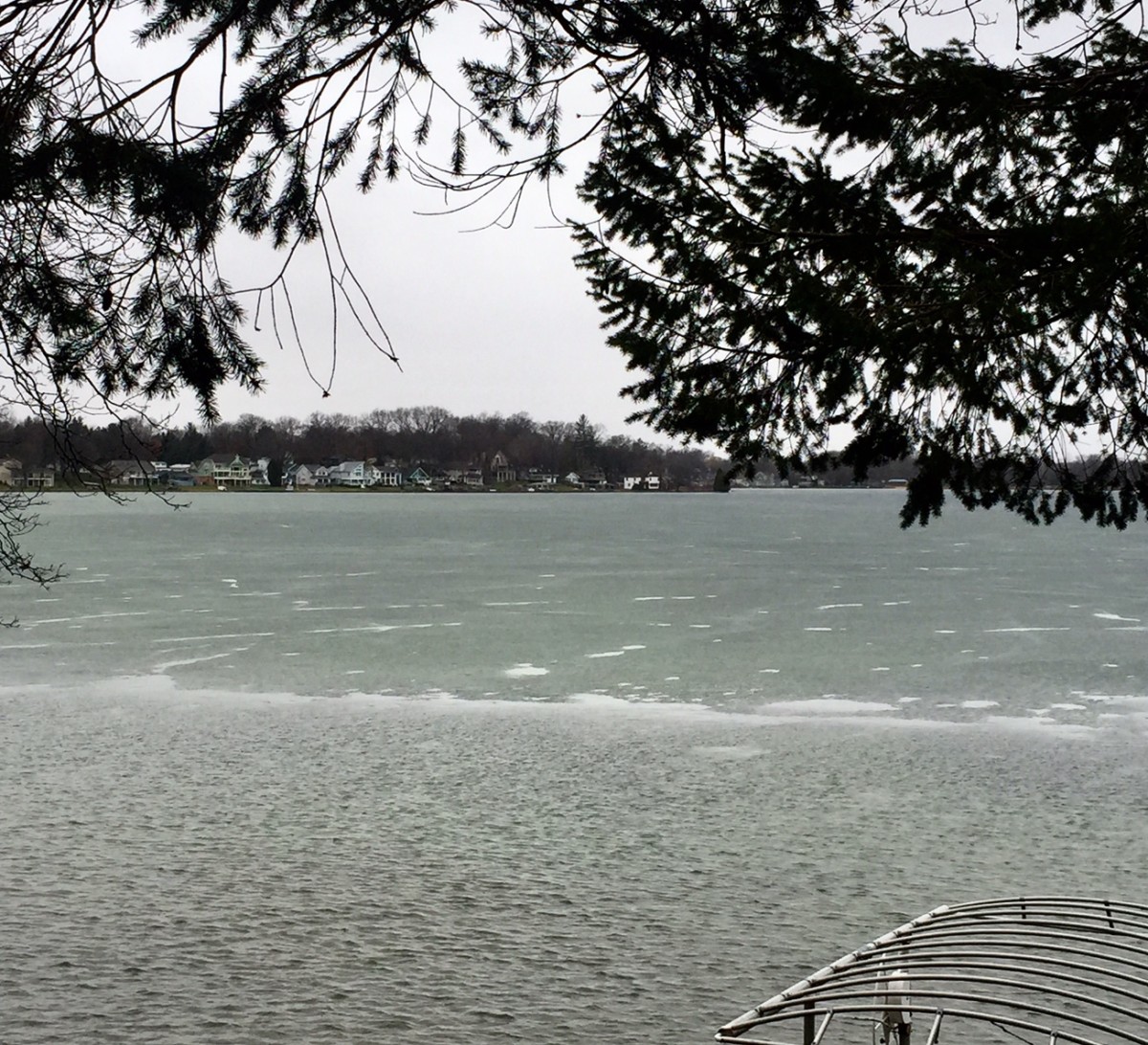 Here’s a look from the east side of Eagle Point, looking east at the ice, with open water beyond it. 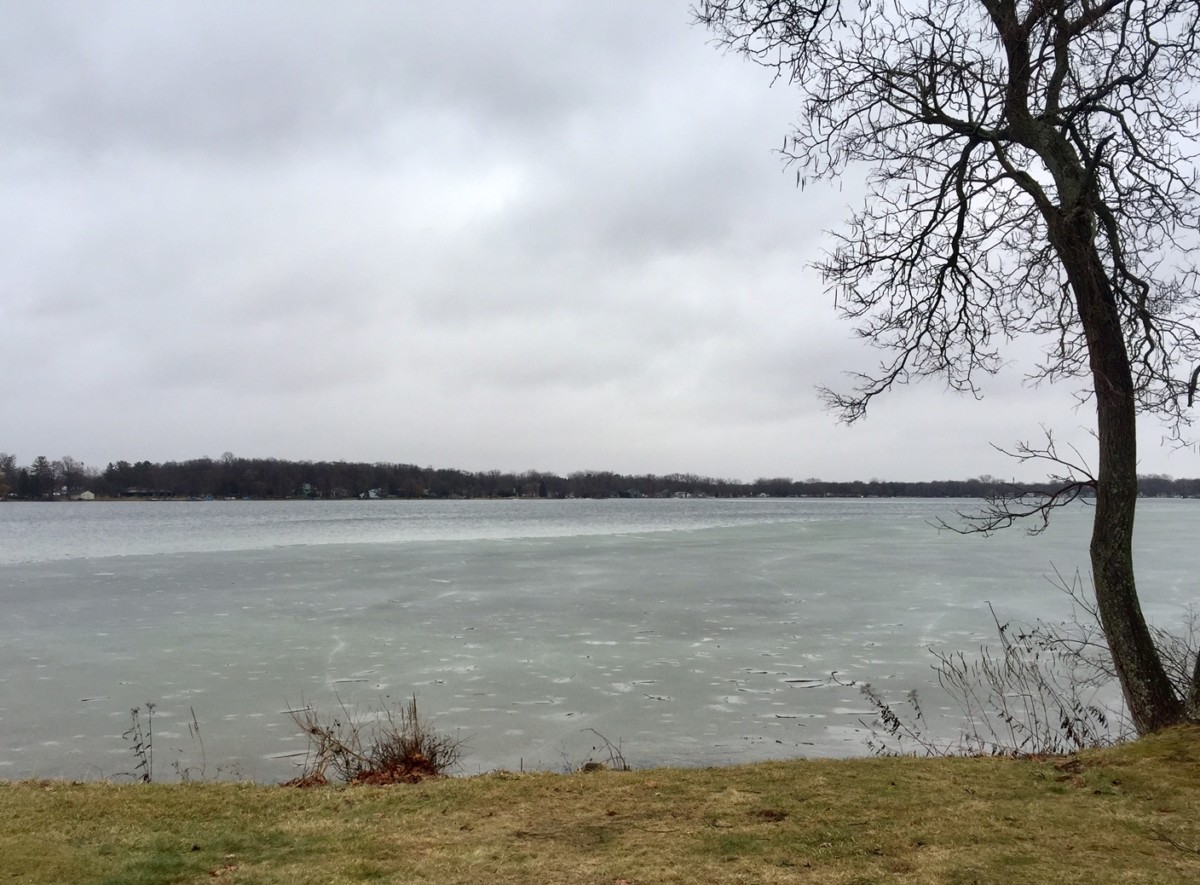 And the final photo shows a small buildup of ice against the shore west of Kentucky Point. 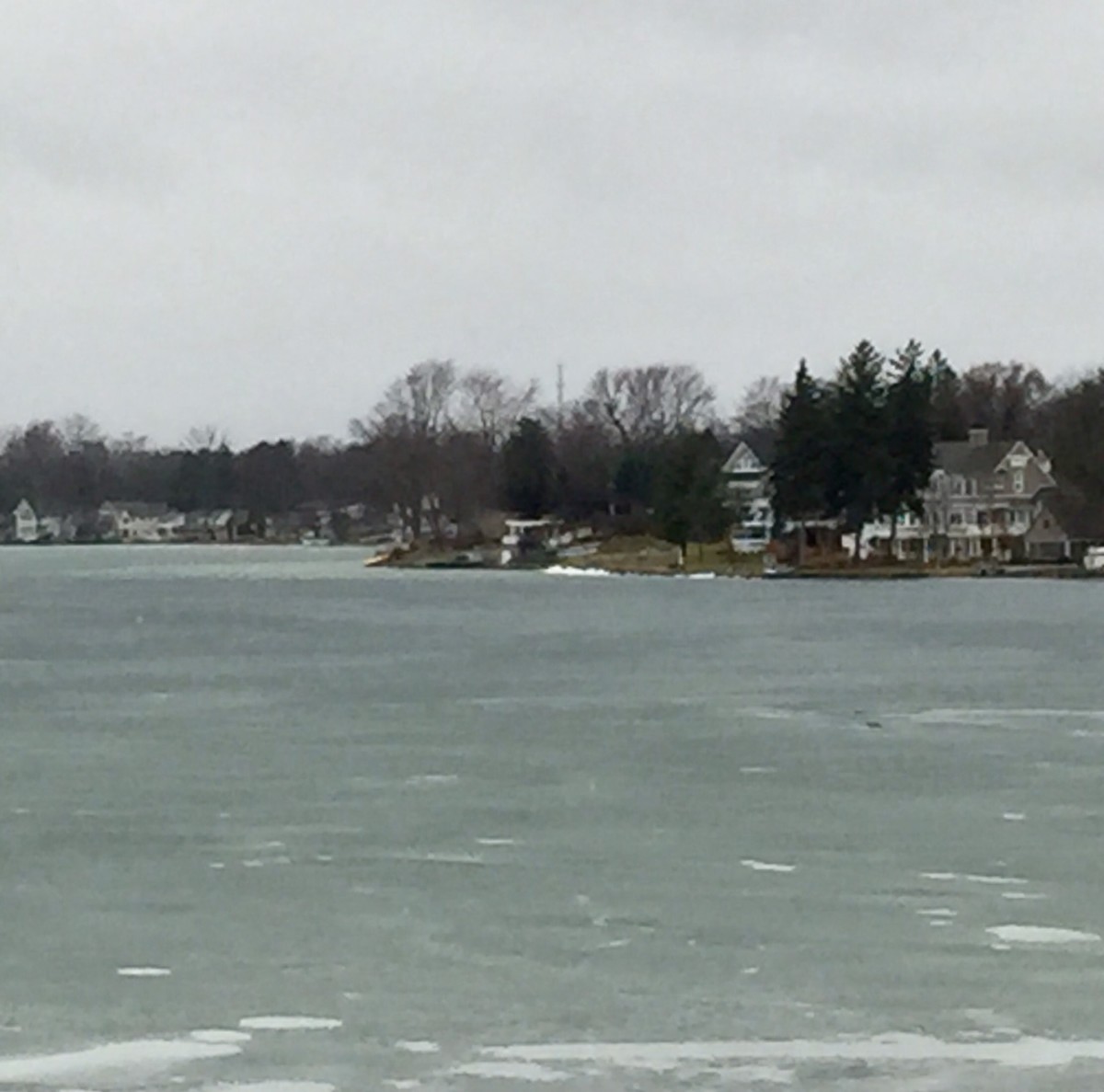