Columbia Township Trustees have voted unanimously to raise sewer rates for Clark Lake customers by 27%.  That amounts to $33.24 per quarter.  The current residential rate of $124 per quarter will rise to $157.24.  Lake Columbia’s increase will be $18.24 per quarter; and Vineyard Lake, $18.99.

The Township points to Clark Lake’s “aging system” as the primary reason for the increase, and why the increase is greater for Clark Lake than for Lake Columbia or Vineyard Lake.

When grinder pumps give out, they must be repaired or replaced.  The Village of Brooklyn’s DPW handles maintenance of the system.  The DPW’s Keith Kotsch notes that a new grinder pump costs $1975 and there about 715 grinder units in the Clark Lake system.  Where possible, he says, “we reinstall repaired units for seasonal homes where the use isn’t as heavy and use a newer model for year around homes.” He adds “field service for a new pump isn’t nearly as involved as repairing the older model.” “In some cases, fixing an old one costs almost as much as new one, and repair isn’t a good investment.”

The photo below shows the older E1 model and a newer Flyght grinder. 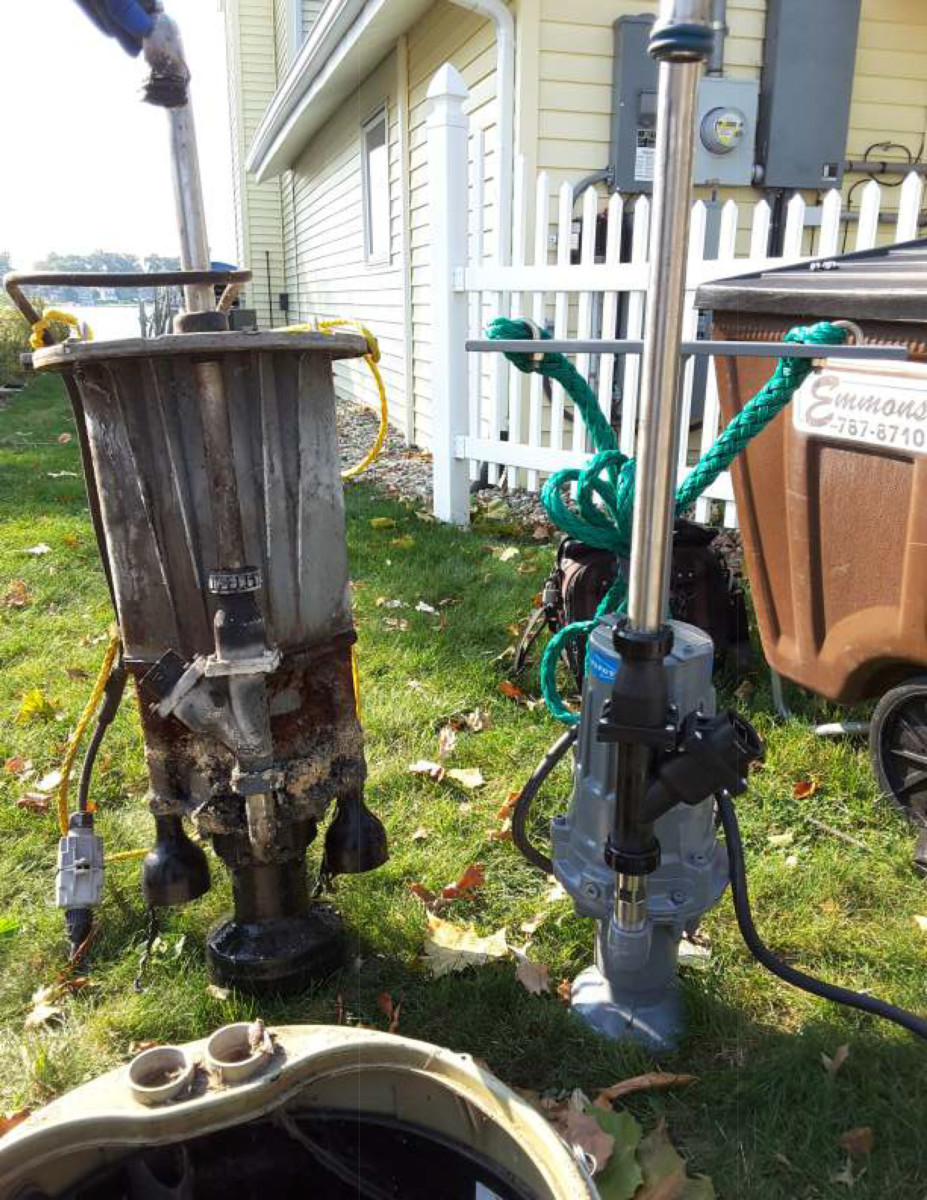 Township Supervisor Bob Elrod has said the rate increase also “takes into consideration the future needs of the system.”  What could that include?  Trustee Flip Reynold points to a couple maintenance examples.  “A couple times a year, the lift stations must be vacuumed to remove sludge.  Items like HandiWipes shouldn’t be used.  But sometimes they find their way into the system and plug it up–and must be cleaned out.  And right now the electrical junction at the Kentucky Point lift station needs replacing.”

Ever wonder what’s buried behind your house?  These photos, courtesy of Keith Kotsch, reveal what you can’t see above ground.

The control unit of the newer Flyght grinder is more easily accessed in place. 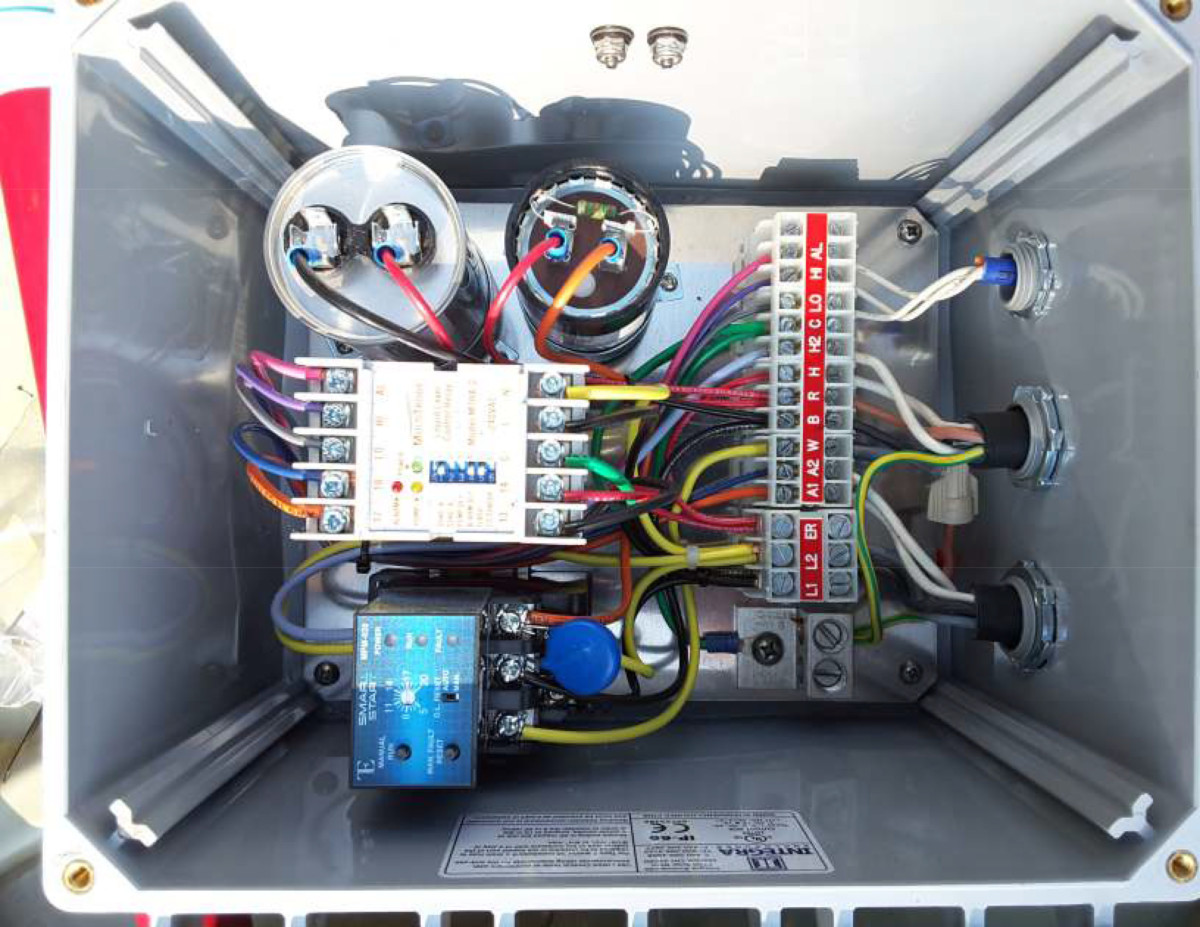 This is a close up of an older E1 pump.  There are a number of working parts here–the start capacitor, run capacitor, control contacts, and heater.  Other replaceable parts include bearings.  Castings sometimes become too corroded for further use. 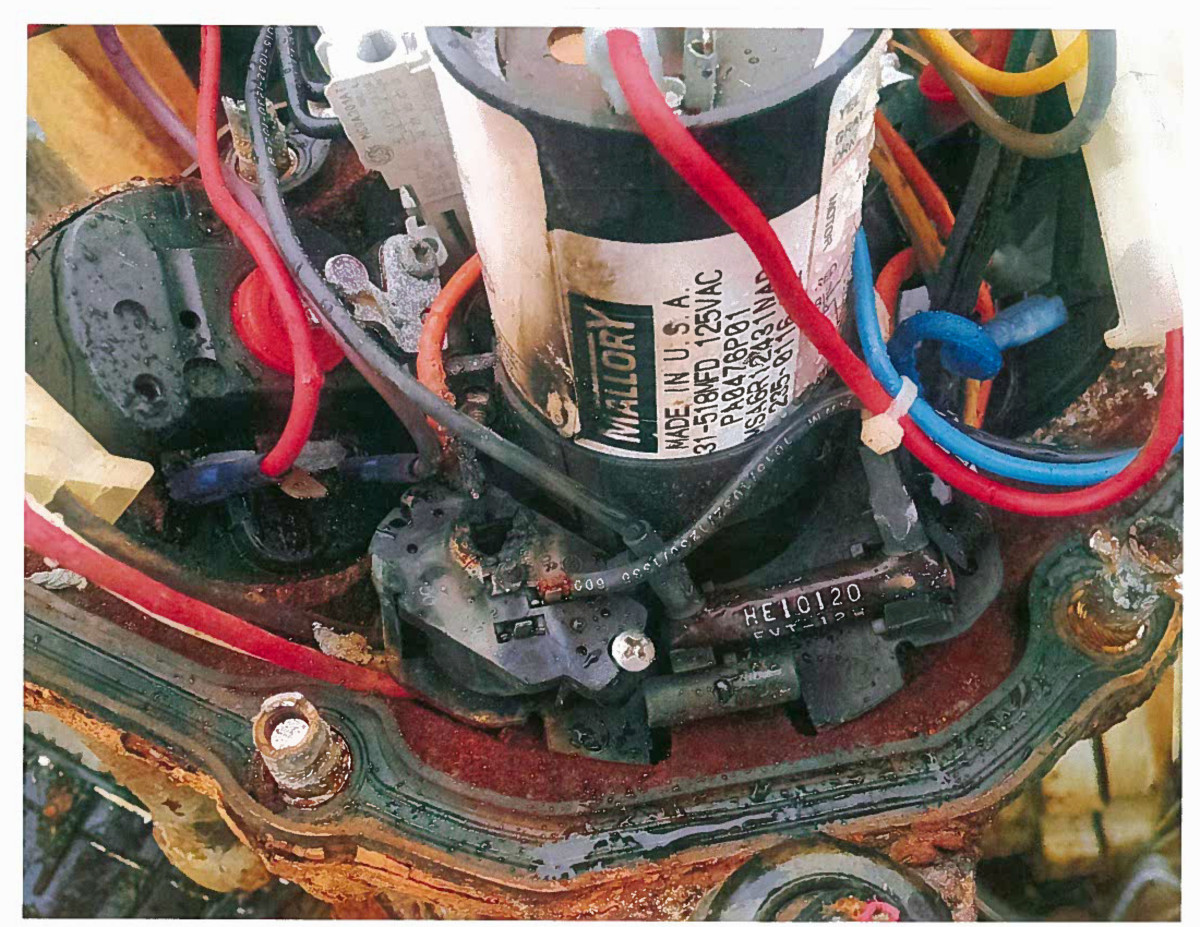