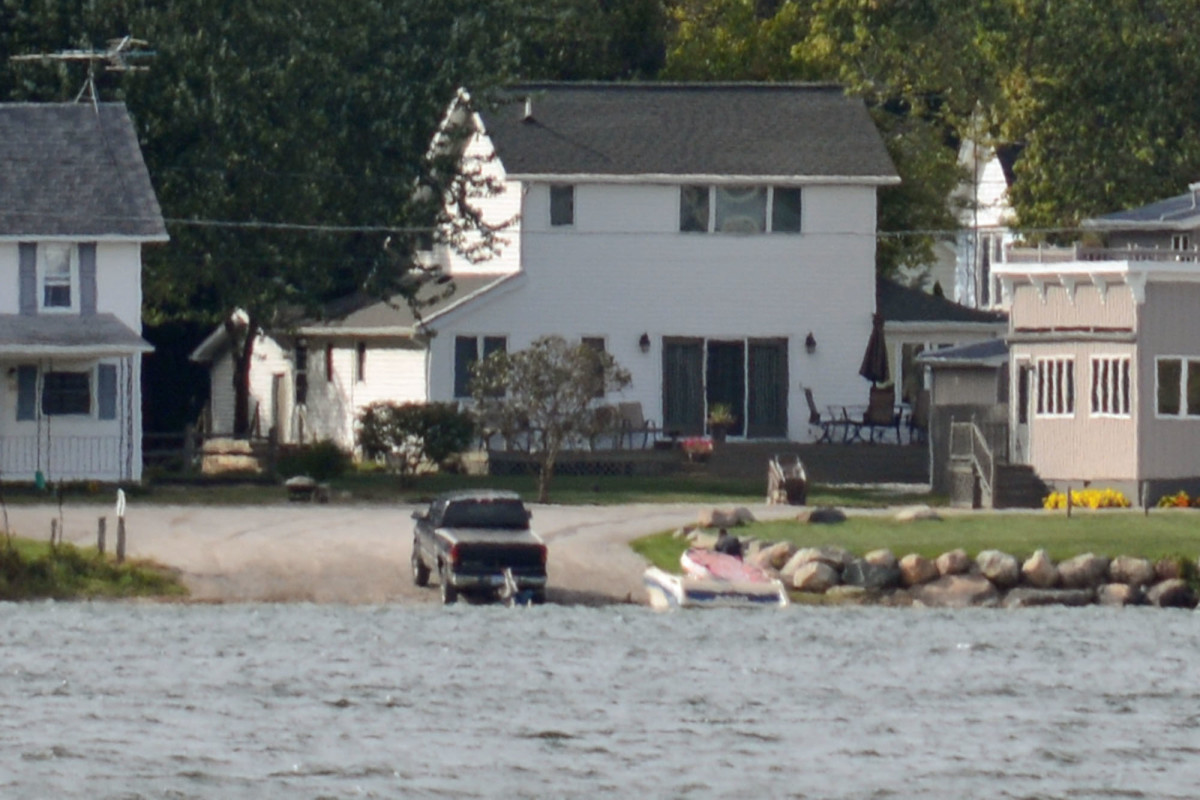 On a day that was cloudy and gray coupled with a stiff northeasterly wind that kicked up white caps on the lake, was there anything going on at Clark Lake?  You had to look for it, but there was activity.  At this time of year, every so often a boat or raft will head due west and at top speed.  They earnestly point their craft straight for the boat launch at the head-of-the-lake on their last ride of the season.

Now rewind to the days of John Avis.  Clark Lake lore says that he was able to create something out of not much at all, and with a sense of humor.  Thus on Labor Day, he convened a group at the west end boat launch.  Each of the group had large cardboard cards with a single digit on each, one thru ten. 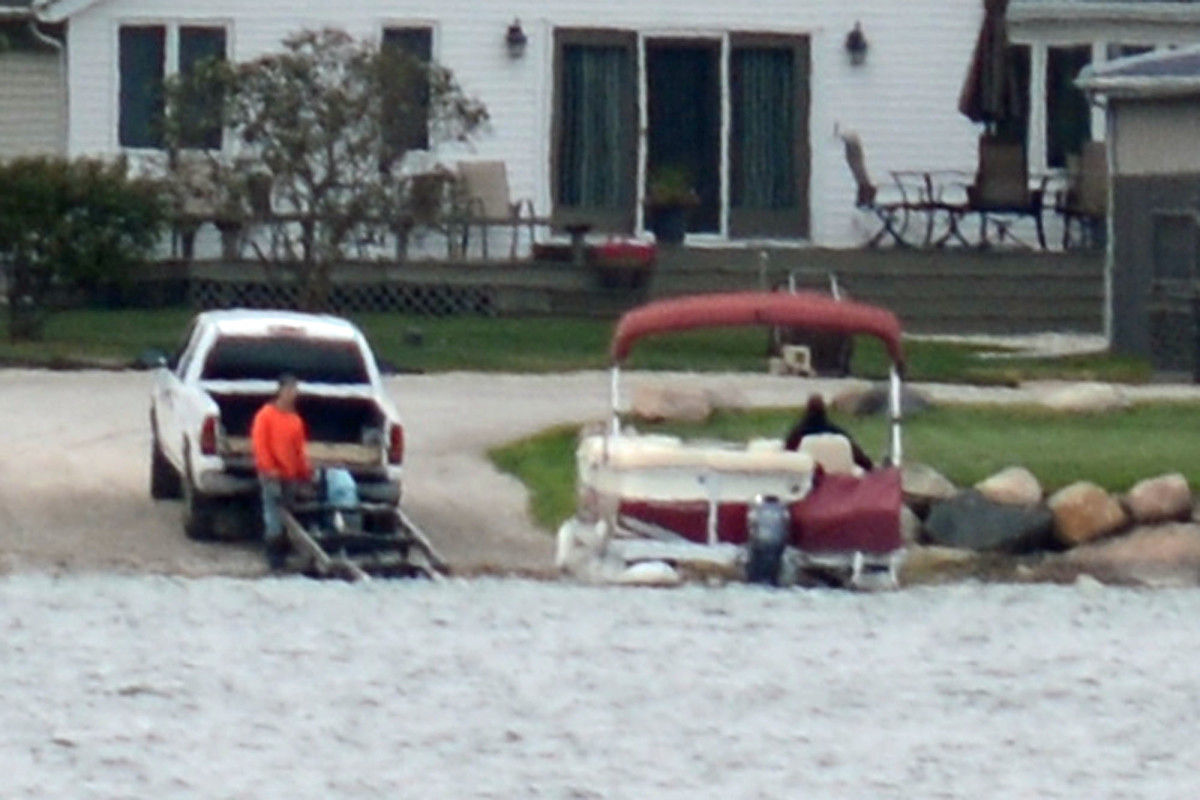 It was the Clark Lake Olympics! The judges graded the ability of drivers to back trailers down the ramp and for the boat drivers to negotiate their way onto those trailers.  And, of course, there was plenty of humiliation for those who had trouble backing up a trailer and proceeded with a do-over.  Ever try it?  There’s a label for it–counter-intuitive.  And it takes practice to get it right.

There was no such Clark Lake Olympics this season. And nowadays it seems like many try to stretch the season, make it just a bit longer, by leaving their boats and docks in the water into October or even November.  Lengthening the season works well when the weather cooperates, but it may also mean that those who delay putting the toys away for the season may encounter some duress–the nastiness provided free of charge by nature.

At the end of this brisk fall day, there was gold.  And this happens often here at Clark Lake, and we’re richer because of it.  Below check out three photos of tonight’s (Friday 10/2) sunset. 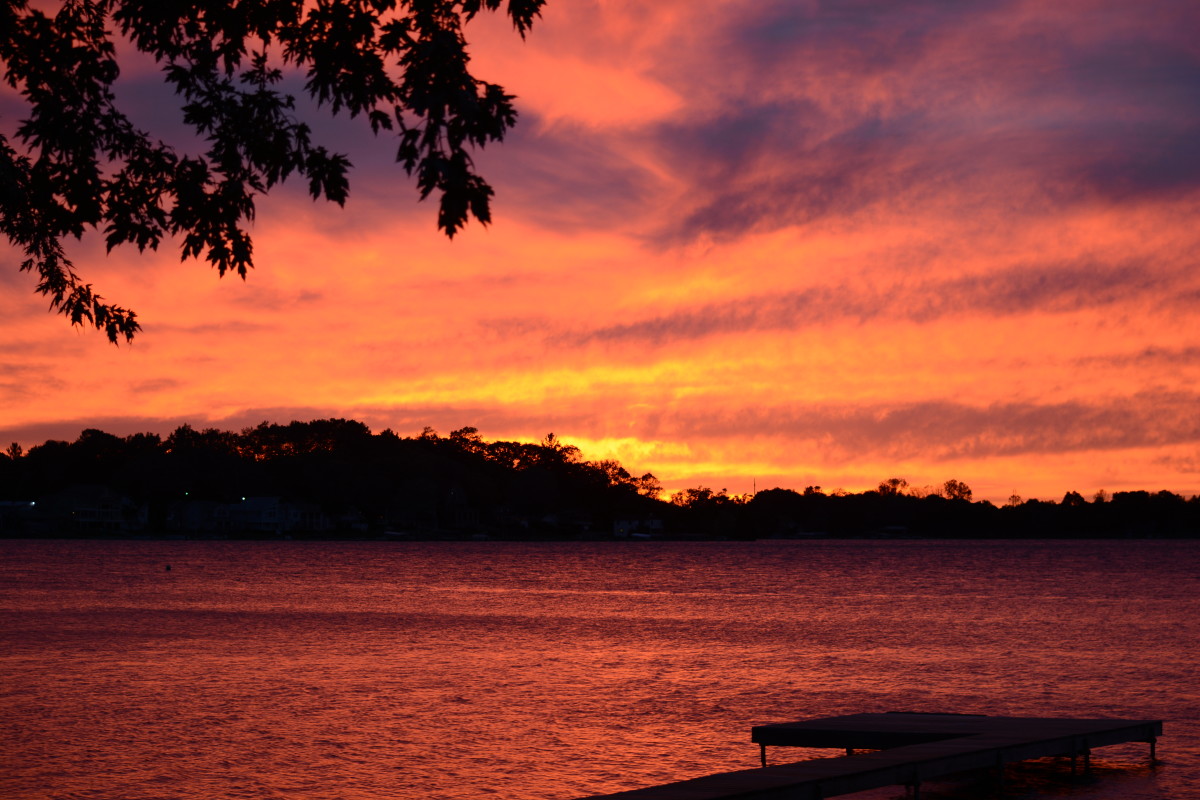 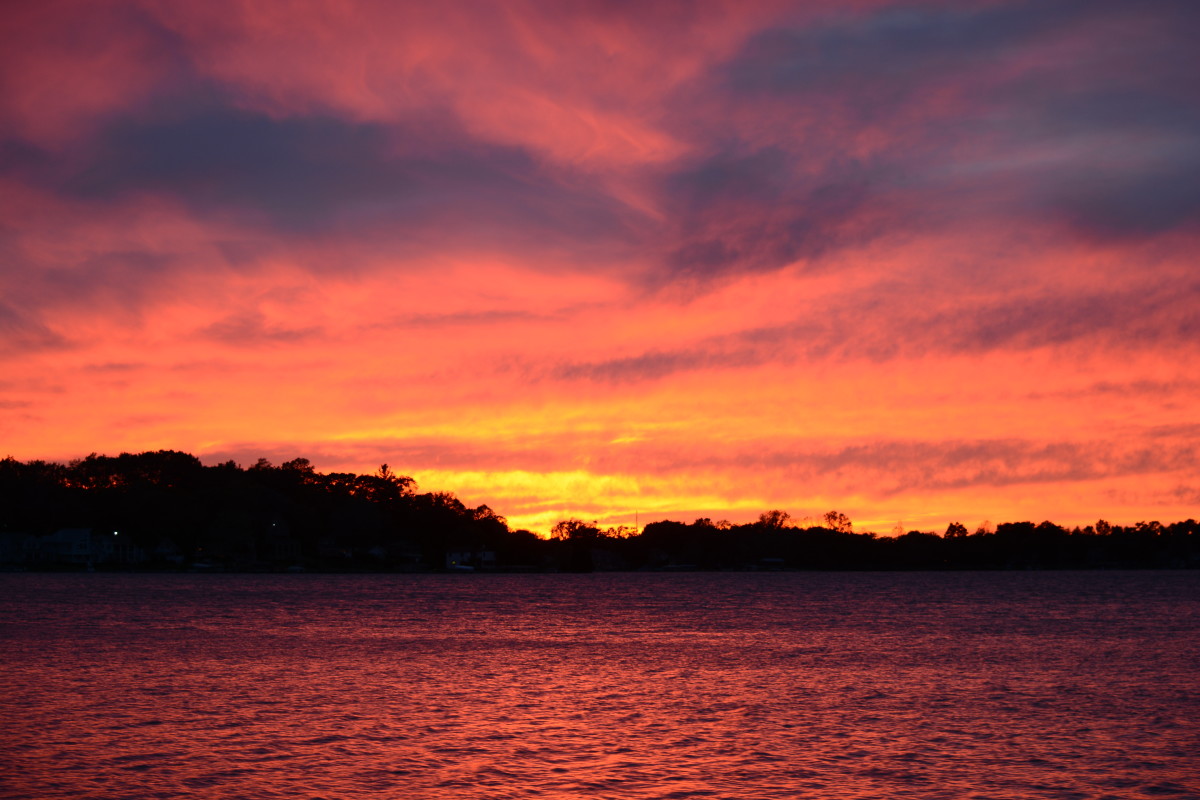 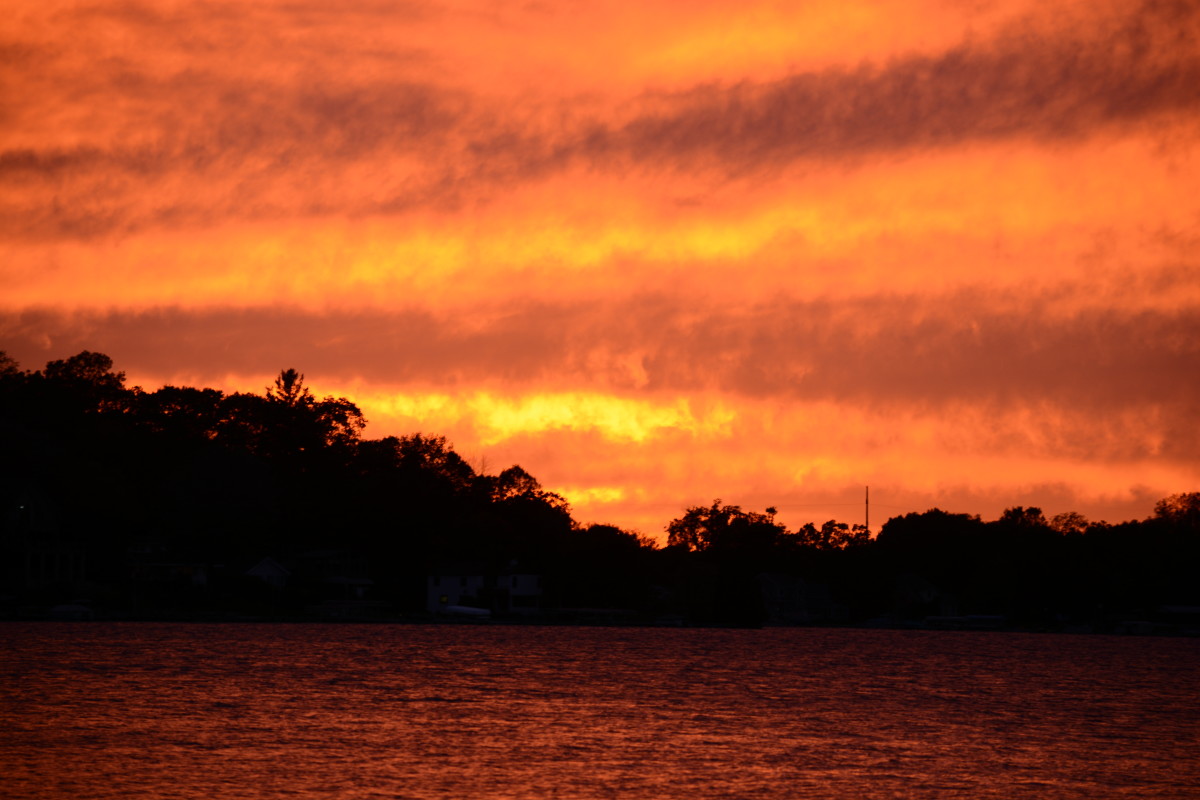