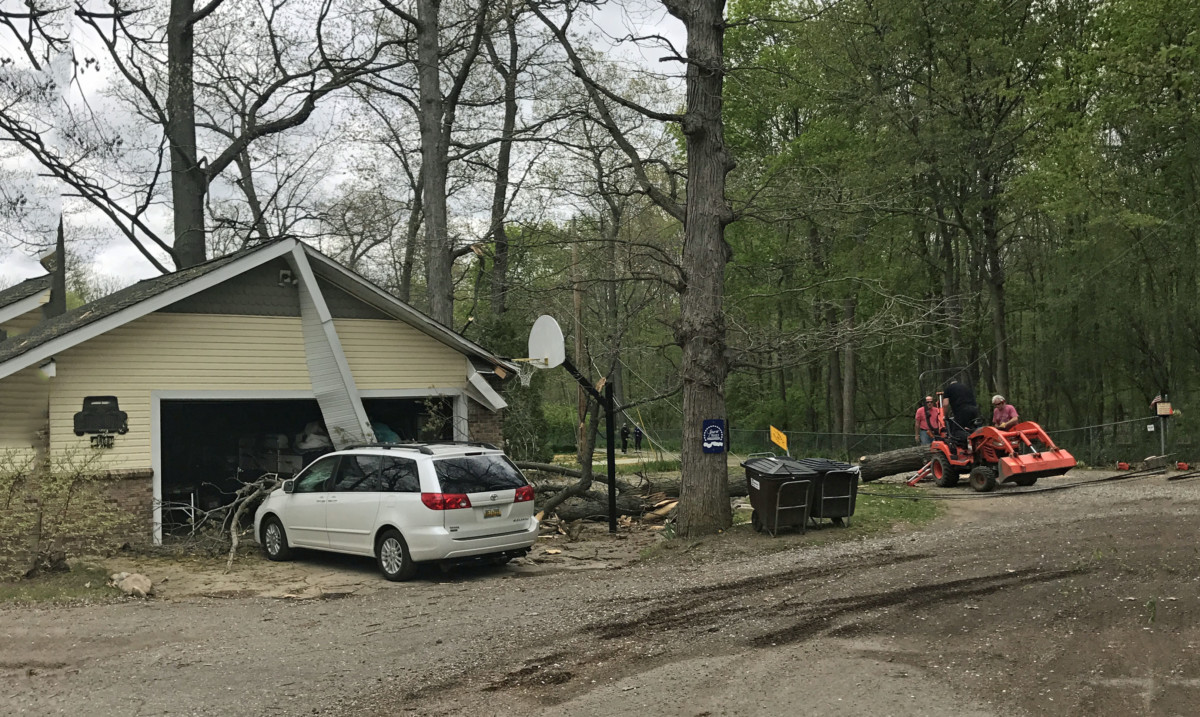 Downed wires block the road where Eagle Point Drive meets Hayes Drive at Clark Lake.  According to neighbors, these are not Consumers Energy lines, but rather belong to Comcast.  The wires stretch across the intersection and make it impossible for vehicles to pass through. 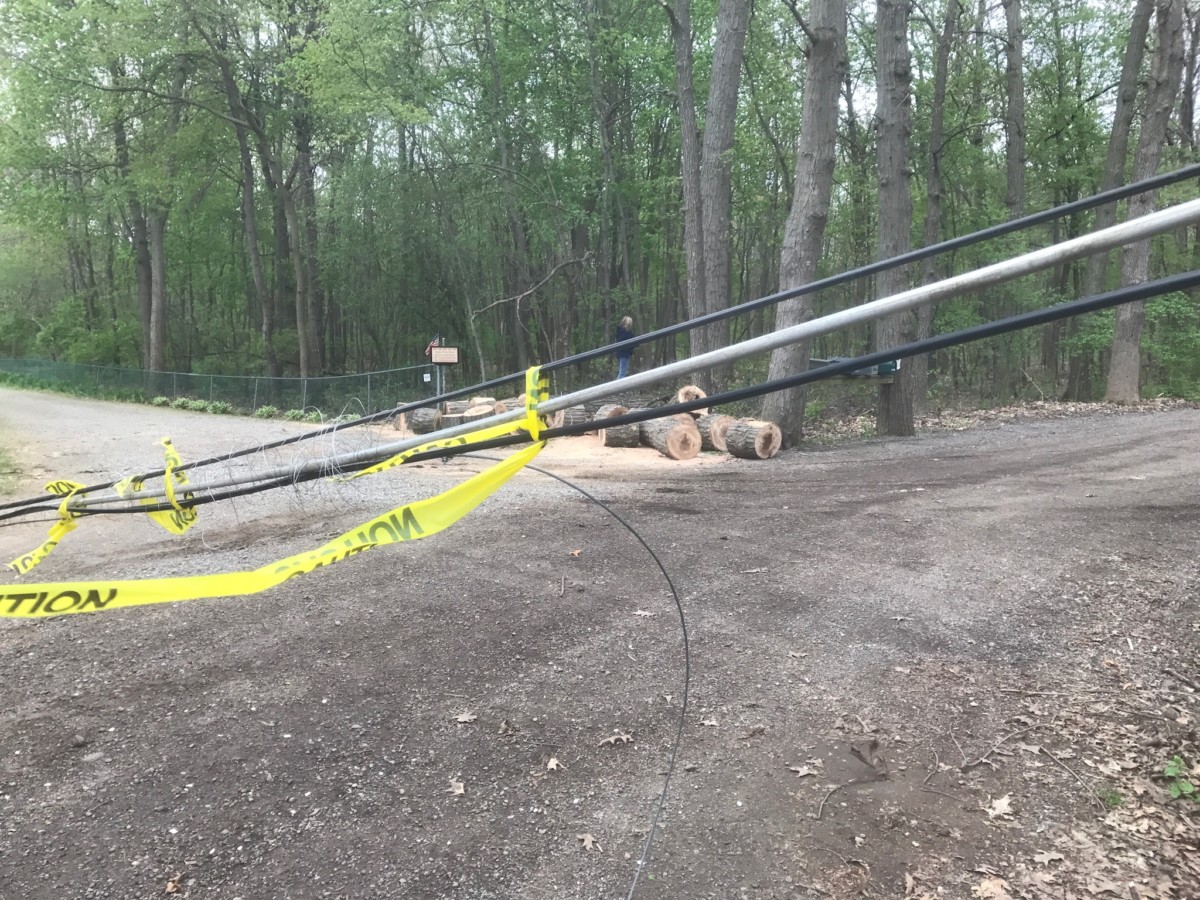 It’s not known when the intersection will be cleared.  As that area does not have a lot of artificial light at night, the wires may be hard to see.

Neighbors say that heavy winds took out the a tree that was apparently rotten at the base. As you can see in Caroline King’s photo (at that top), residents cleared the tree from the road. 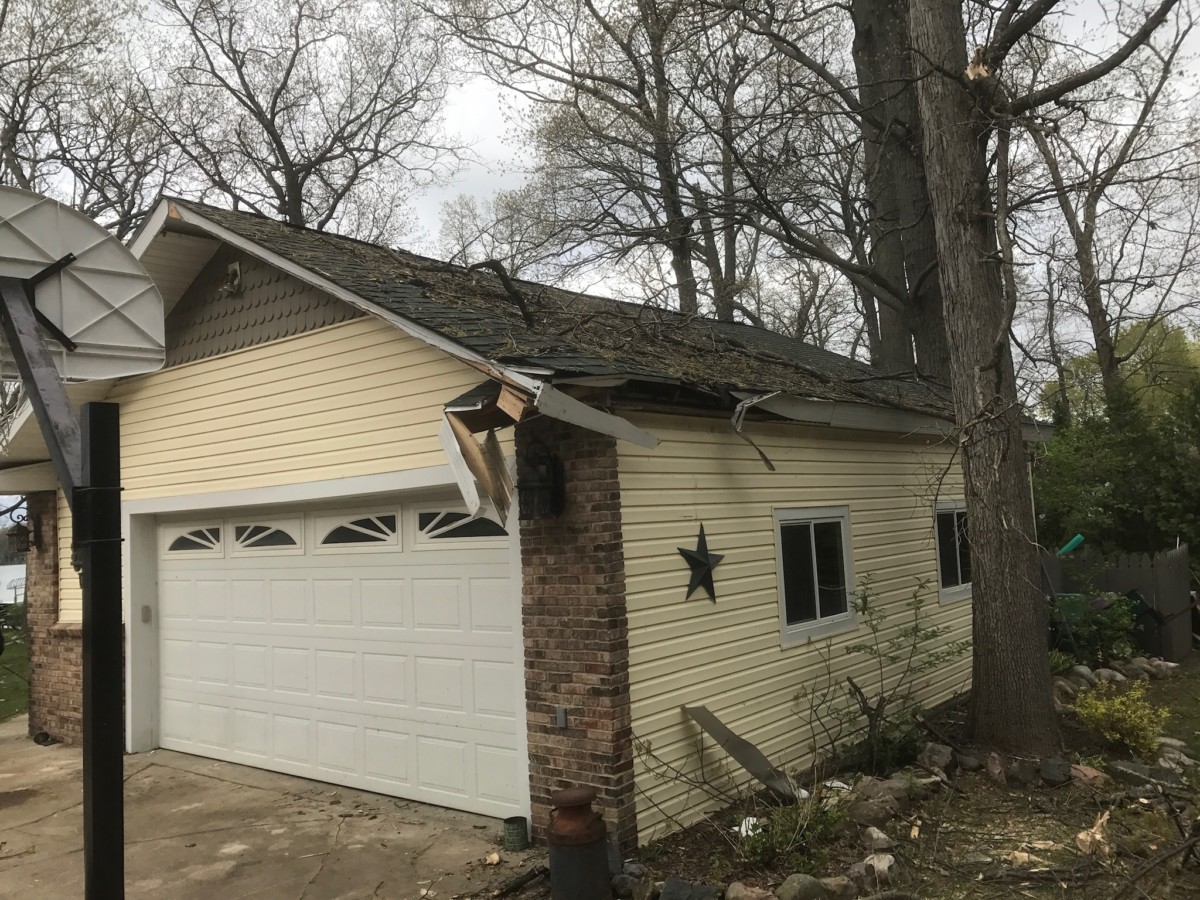 The tree damaged a garage and a vehicle parked in the driveway, but no one was hurt.