Consumers Energy continues to issue progress reports in its news releases.  They say “most homes and businesses should have power by late Saturday night, and almost all restoration work is expected to be completed by the end of the weekend.” The big question is “when will Clark Lake have power?”  Two indicators cast doubt on restoration today (Saturday).  An Eagle Point resident received a text yesterday indicating expected restoration by 11:30 pm Sunday.  Further, a recent check (Saturday morning) of the outage maps confirms that prediction.  In past outages, Consumers Energy has improved on their stated time frame.  Going into four days without power, sooner would definitely be better.

If you were trying to describe the severity of the storm, what would you say?  This website’s earlier story called it “brutal.”  And it was, especially if the storm turtled your raft or boat, blew your dock apart, ripped your canopy, knocked down a tree into the yard, or worse yet, crushed your car or damaged your house. Some escaped with scattered lawn chairs, while all without generators suffered the inconvenience of no electrical service.

No electricity means grinder pumps do not function.  Grinder pumps emulsify sewage from your house before sending the effluent to a lift station.  That means you have a limited number of flushes before the pump’s cistern reaches maximum capacity.  Bad outcomes include leakage around the pump outside or sewage backing up inside.  So, pouring too much water into the toilet for flushes can be problematic.  How many flushes?  That will vary.

As reported earlier, powerlines were down in at least three areas—Hyde Road, Grand Boulevard, and the south side of the east end.  Ann Swain says the Hyde Road line has been repaired. “Consumers considered it an emergency and repaired it Thursday afternoon.”  As you can see in photos from this morning (Saturday), two other locations have not been dealt with.

Clean up continues.  These two photos, taken at the west end boat launch, show apparent carnage of the storm. 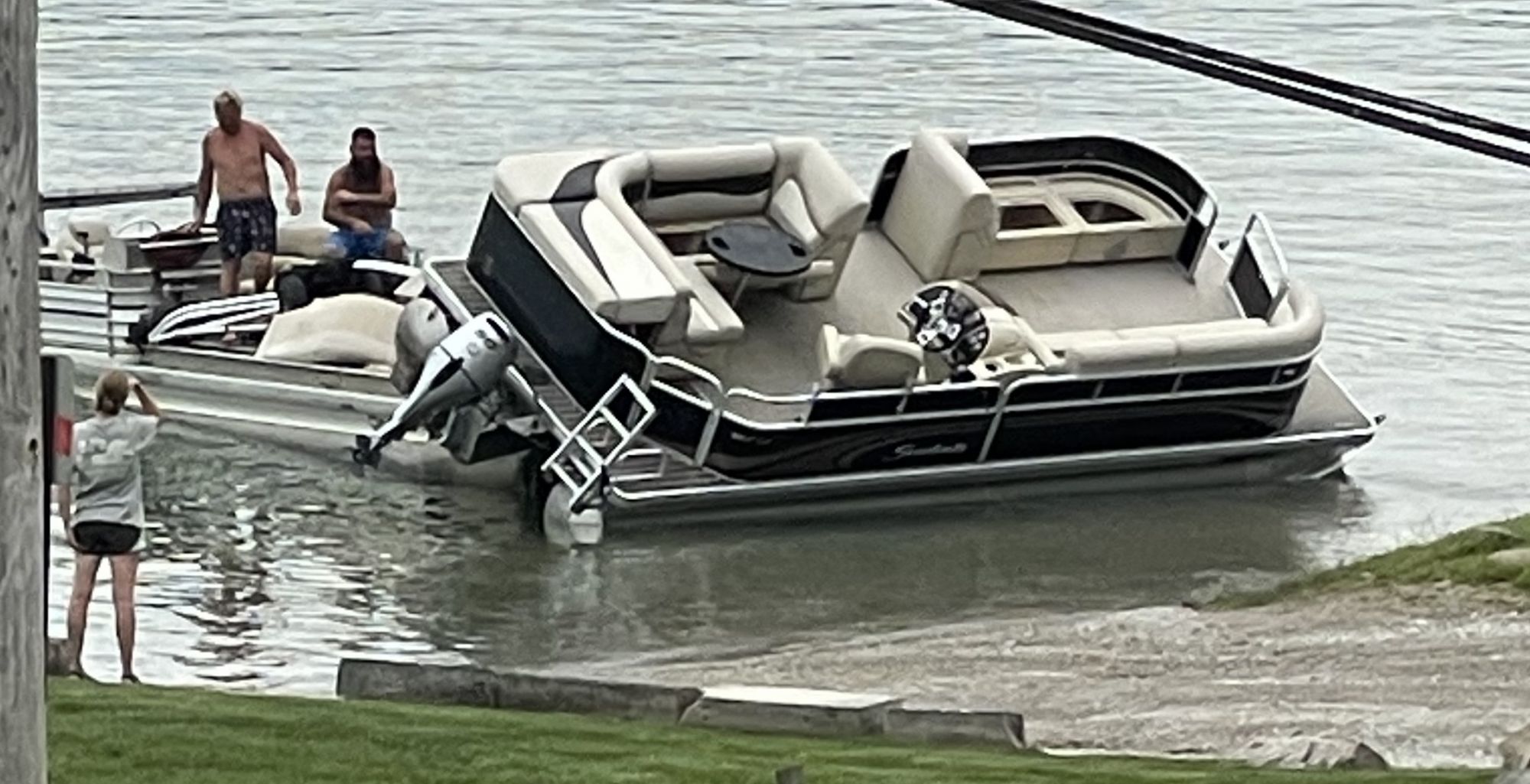 Thanks to those who helped developed this story, including Flip Reynolds, Ann Swain, and C.J. Cox.