Add a Hobie to the Boat Count

Yesterday (Wed 7/27), a Hobie took to Clark Lake waters.  This one had not seen the light of day, nor been in Clark Lake, for at least 20 years.  Bill Searles says the last MC sticker on the hull was 2001.  So, what inspired Bill, and his son Chip, to bring back sail number 5312?  Chip and his sister, Ellen, enjoyed the boat when they were kids.  There was some irony about the timing of that interest each summer.  Bill remembers they became most interested during the waning days of summer.  Perhaps Clark Lake’s many other attractions held their attention until then.  In 2022, Chip, now 30, became interested again, but this time in mid-summer.  He acquired new rigging and replaced anything that needed an upgrade.  Bill remarks the boat looked like new for the voyage yesterday.

In this photo, you can see Chip adjusting the starboard rudder.  Hobie sailors know both rudders must be operational. 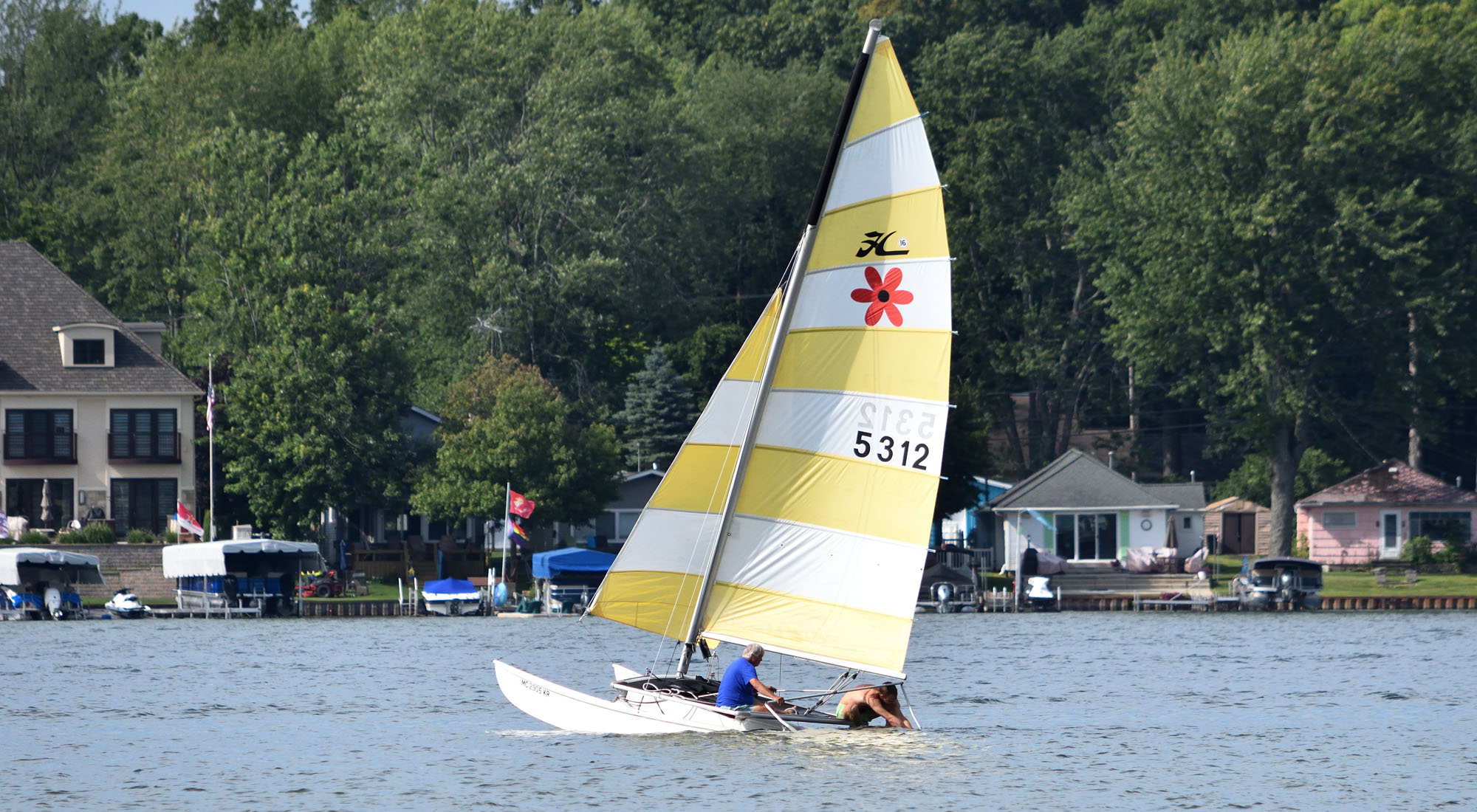 In the gentle breeze Bill and Chip took off from the Searles’ dock along the Eagle Point shoreline, west end.  As they settled in, Bill explained the sailing terms to Chip and reacquainted him with some key points on how to handle a Hobie. 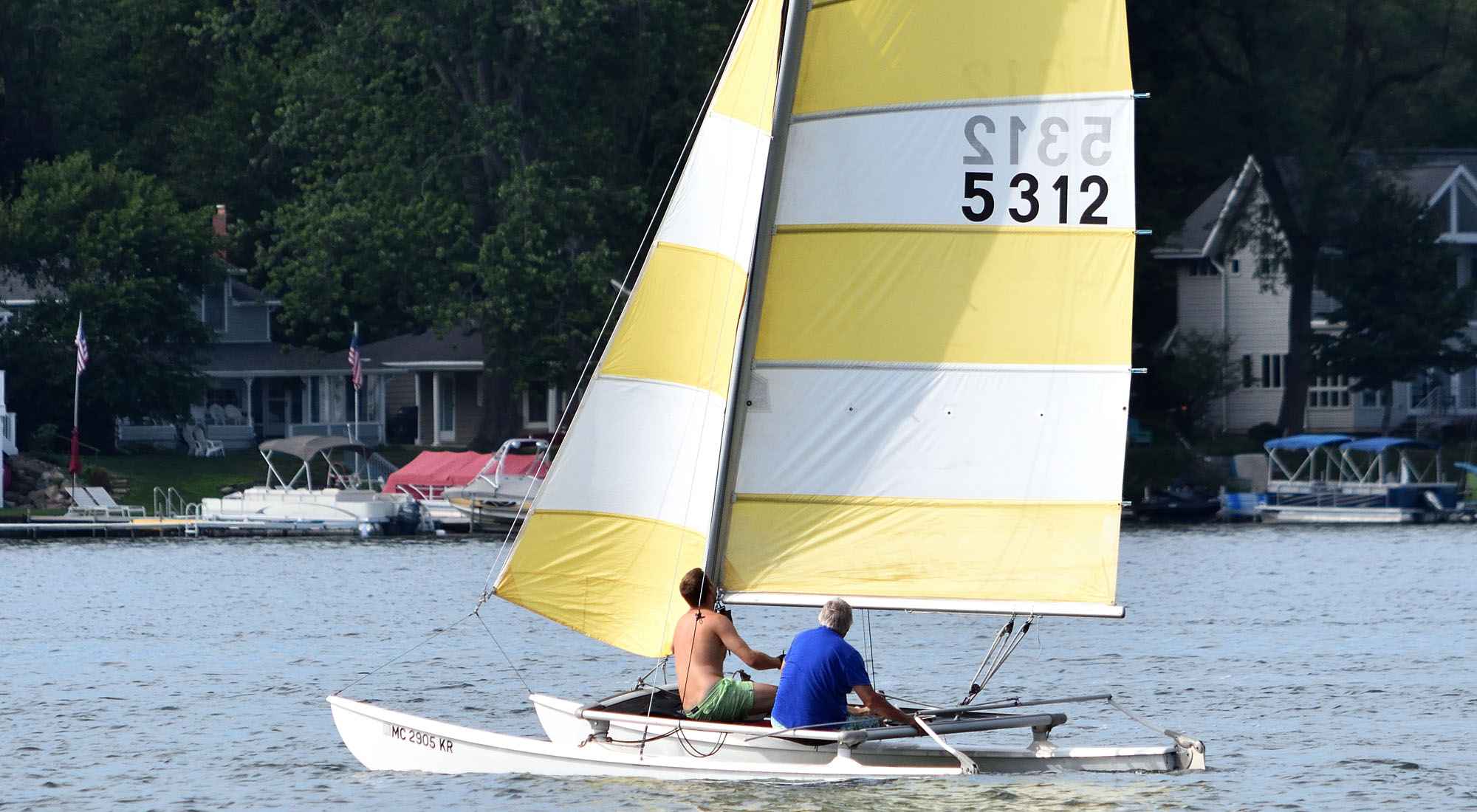 Bill says he and his father, Ed, had both been part of Fleet 58.  His Dad had a the daisy design attached to the sail.  “That was so the family could keep an eye on him, and hop in a boat to rescue him if he tipped over.”  And sure enough, Bill remembers his Dad turtling, sitting on the pontoon, waiting for the crew from the Searles’ cottage to rescue him. 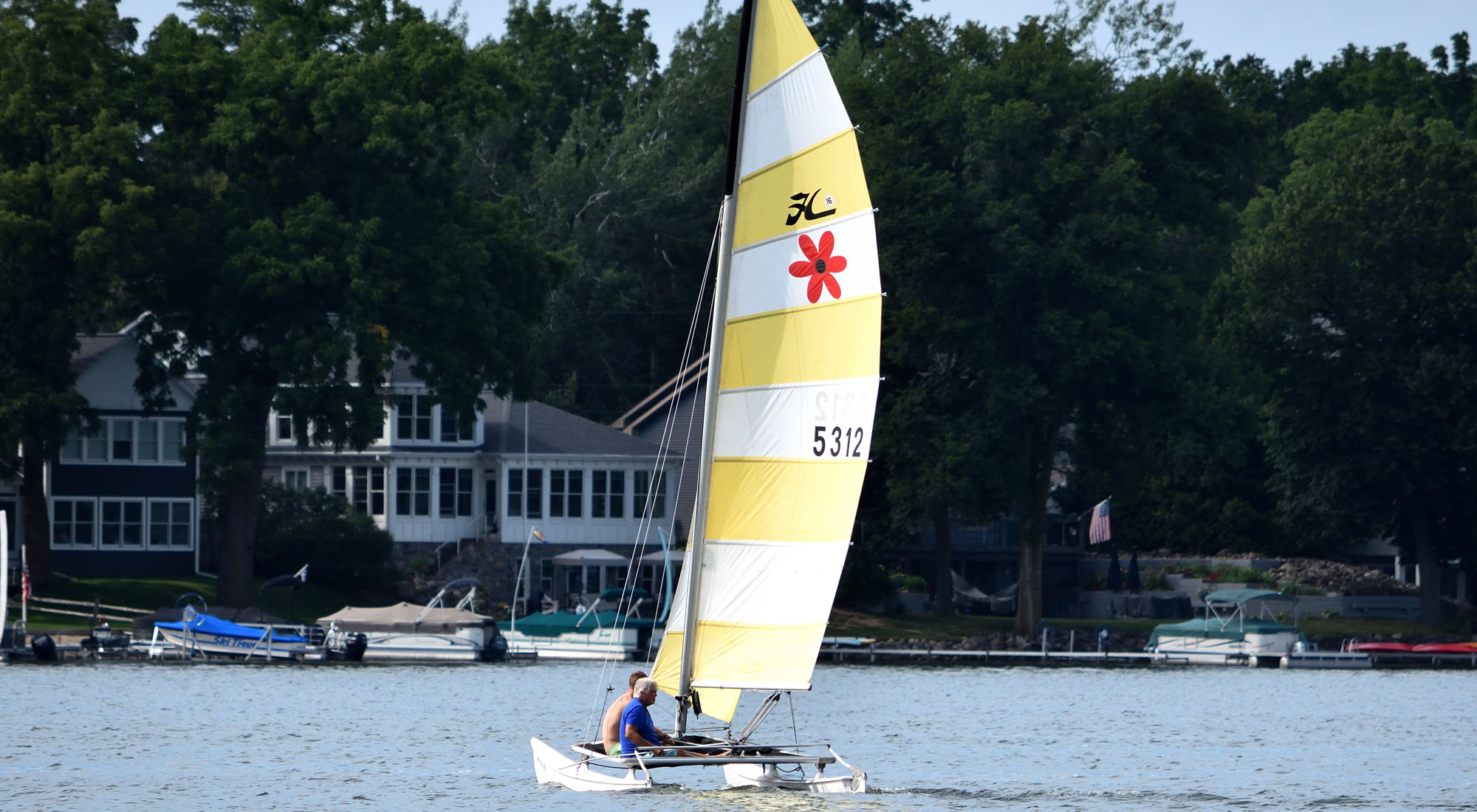 This was not the Searles’ first Hobie.  Their first Hobie, a 14 footer, was replaced by a 16 footer, sail number 396.  Then came 5312.  As Bill surveyed the dock with the Hobie now in place, he says “seeing the Hobie and its mast as I look out over the lake just feels right.”

As 5312 sailed from the dock, Bill’s wife, Ann, and Chip’s wife, Maureen, watched.  No report of any tip-overs, but they did keep their eye on the daisy. 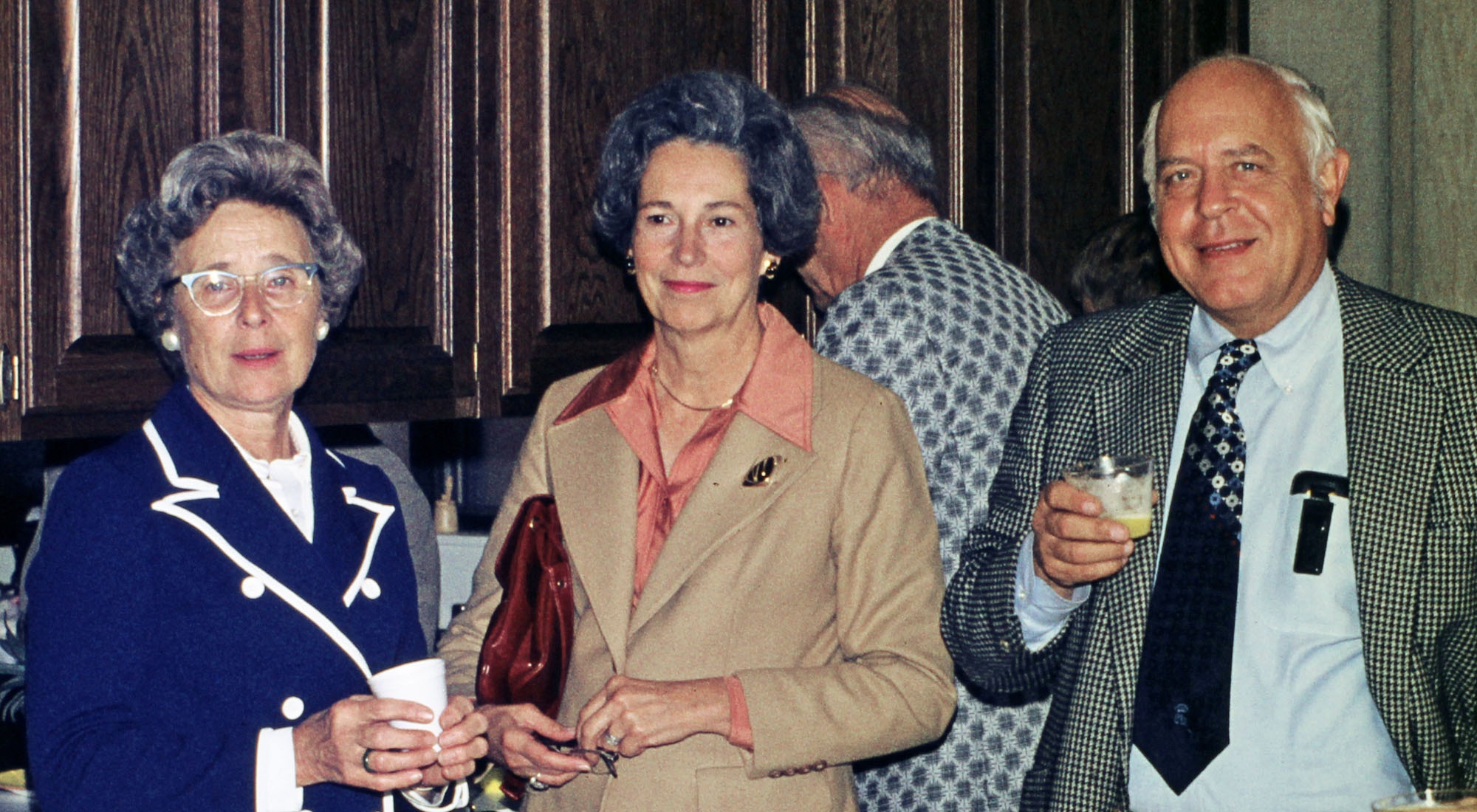