Clark Lake has a new swim raft, and this one is special.  In today’s world, if someone wants a swim raft, they find one on Amazon and hit “place order.”  Clark Lake’s latest raft has an entirely different history. 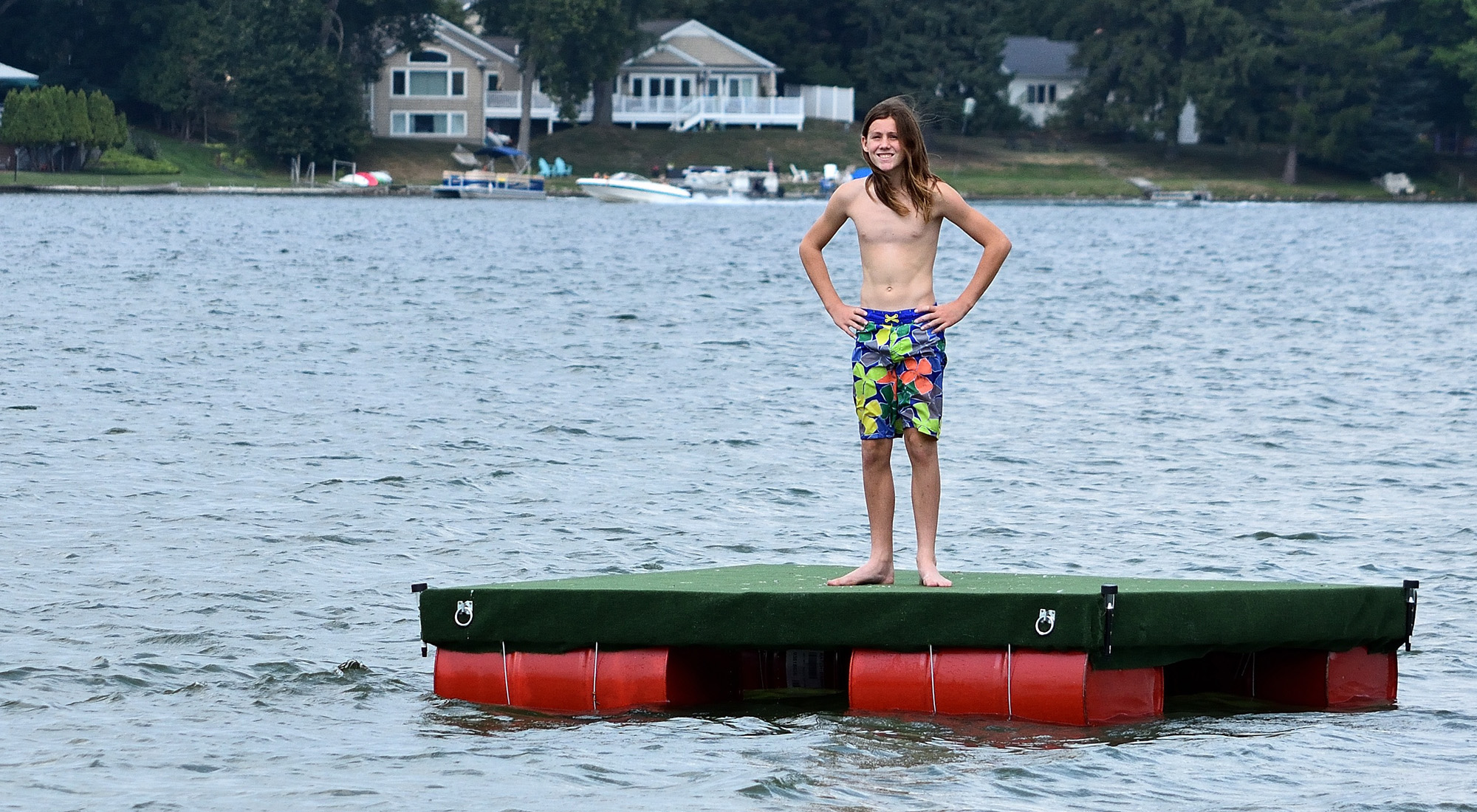 Logan Koszegi, who is only 13,  decided to build one from ground up.  With money earned by mowing lawns, the 7th grader purchased lumber and other supplies at Menard’s and Lowe’s.  He found some 55 gallon drums for $8 a piece.  With advice from his dad, Troy, Logan took hammer and saw into hand and began the building process.

Unlike Amazon versions, Logan followed a tried and true design, used for decades at Clark Lake.  The drums fit snugly into the infrastructure and are held in place by cables. Outdoor carpeting make it easier on your feet or when laying in the sun.  With a nod to today’s technology, solar lights warn approaching night time boaters. His advice to anyone considering a similar undertaking?  Visualize the whole project and make a list, or you’ll make many extra trips.

This isn’t a typical seventh grade project.  In fact it had nothing to do with Parkside Middle School, where he attends.  So, what motivated Logan to build this raft?  “I was inspired by the boys who wanted to break the record for the number of hours on the lake.”  He’s referring to Raft-a-thon III.  At 69 hours, Noah Zak, Crew Clement and Andrew Duckett broke Ryan Ambs’ 61 1/2 hour record.  Raft-a-thon originated with Tucker Boyers and his crew some time in the 90s.  Logan needed cohorts.  At this late in the season, schedules didn’t match. Logan says he’s not out of the game.  “I want to put a tent up on the raft.”  He expects his chance for some Clark Lake glory will happen next season. 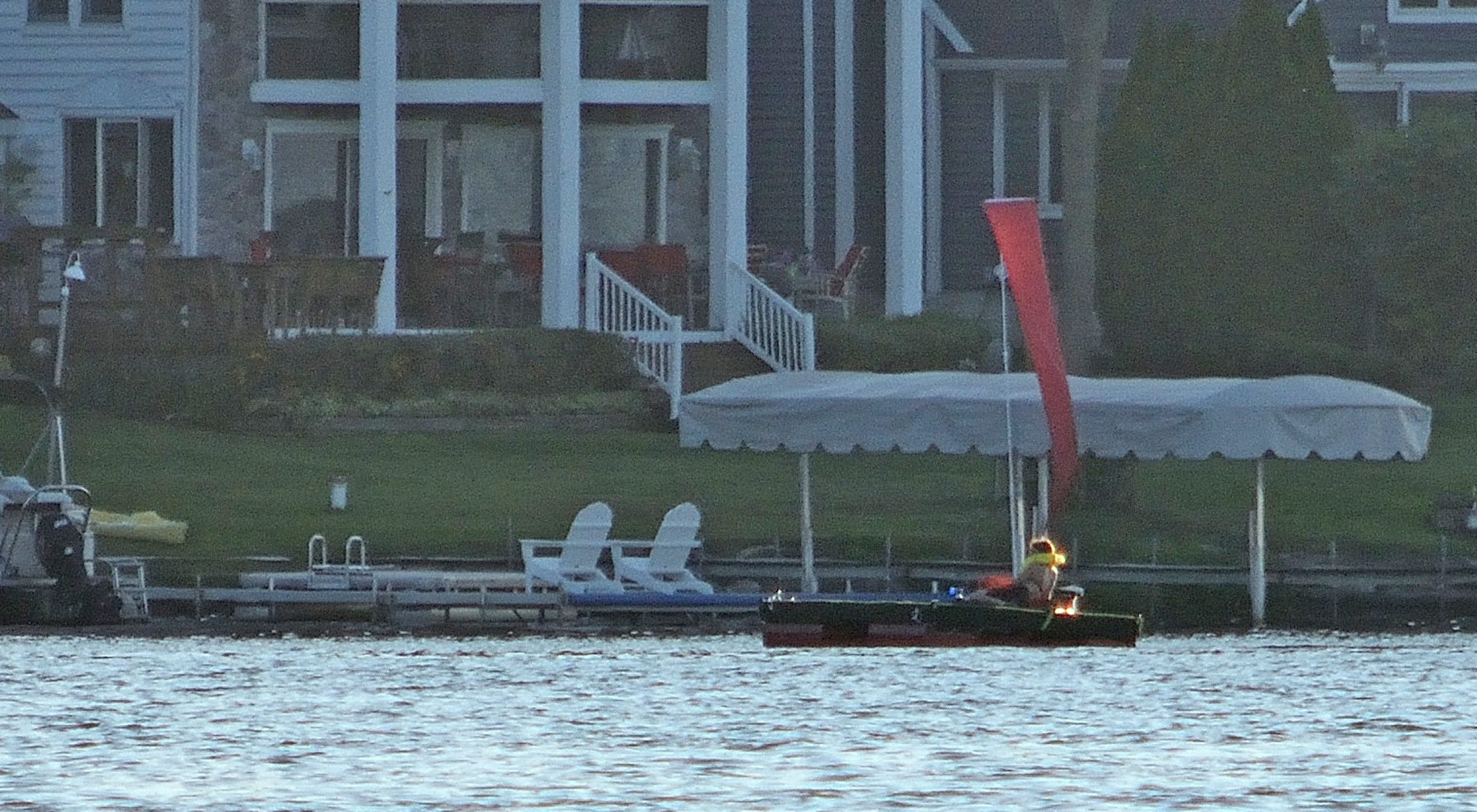 Logan built the raft at his grandparent’s cottage in Pierces Bay.  Once finished, he and his dad trailed it to the Hyde Road boat launch.  Logan hooked an electric trolling motor to the raft.  Slowly he made his way across the lake to be met by friends and family on the shore. 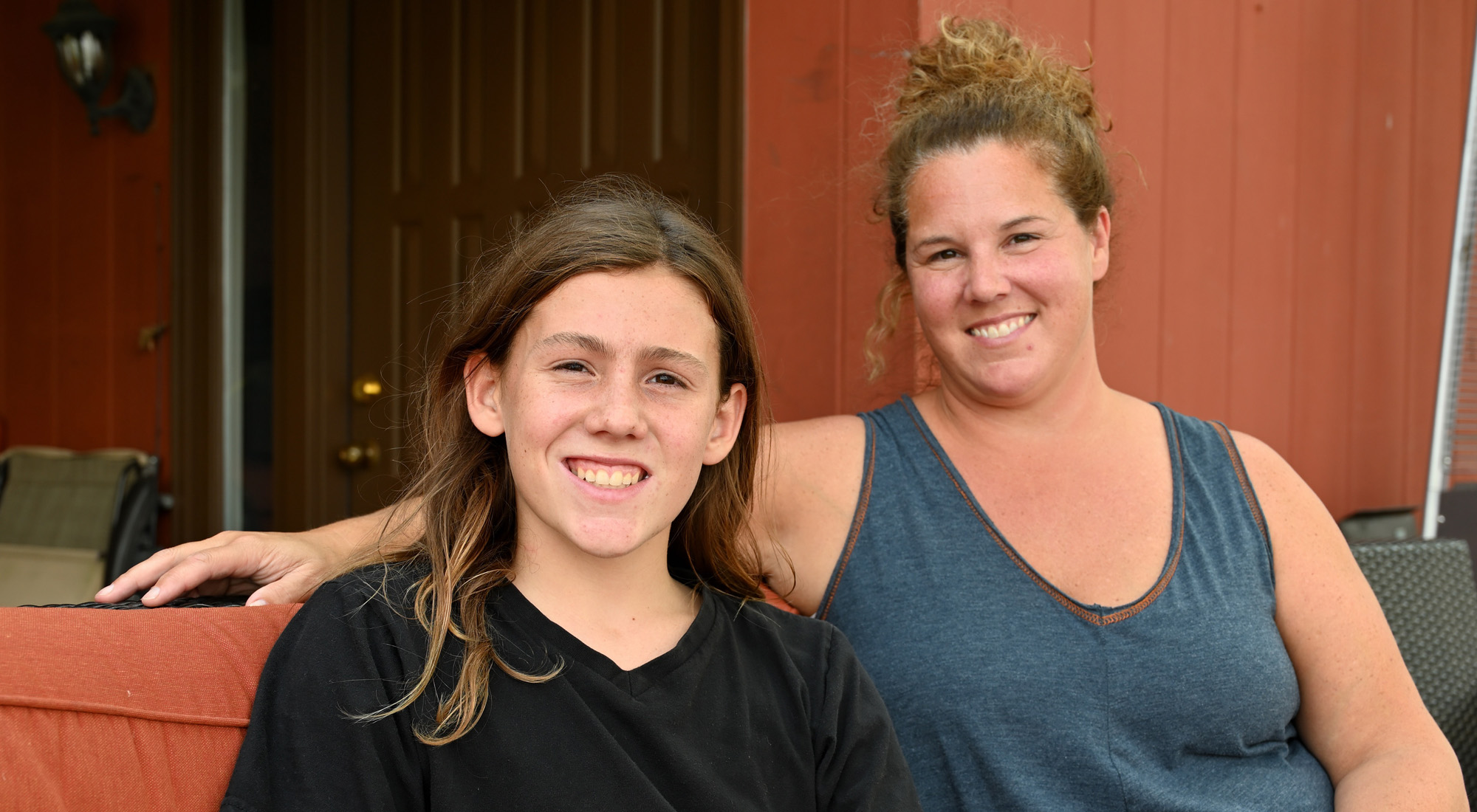 Logan with his mom, Laura.